What Apple Didn't Tell You at the ‘One More Thing’ Event: No eGPU Support, Dedicated macOS Keys, More

Apple doesn’t let users go beyond 16GB of RAM on an M1 based Mac machine.

Apple projects its M1 chip as the ultimate computing solution

Apple hosted the ‘One More Thing' virtual event on Tuesday to unveil its anticipated silicon, dubbed M1 SoC. The chip is based on an ARM architecture and comes as Apple's solution to reduce reliance on Intel processors. Alongside the new silicon, the Cupertino company announced the new MacBook Air, MacBook Pro, and Mac mini based on the M1 chip. During the event, however, the company didn't provide all the details about the new silicon as well as the latest Mac machines.

In this article, we're rounding up all the information that Apple didn't provide at the event, but could prove to be quite significant for customers.

Apple's senior vice president of hardware technologies Johny Srouji highlighted during the virtual event that the M1 chip comes with the world's fastest integrated graphics. He also detailed the eight-core GPU architecture that is capable of executing nearly 25,000 threads at a time. But neither Srouji nor Apple provided any details about whether the M1 chip supports external graphics. However, As AppleInsider reports, the new silicon doesn't support any external GPUs. This means that the new MacBook Air, MacBook Pro, and Mac mini will need to rely on the inbuilt GPU for rendering graphics. 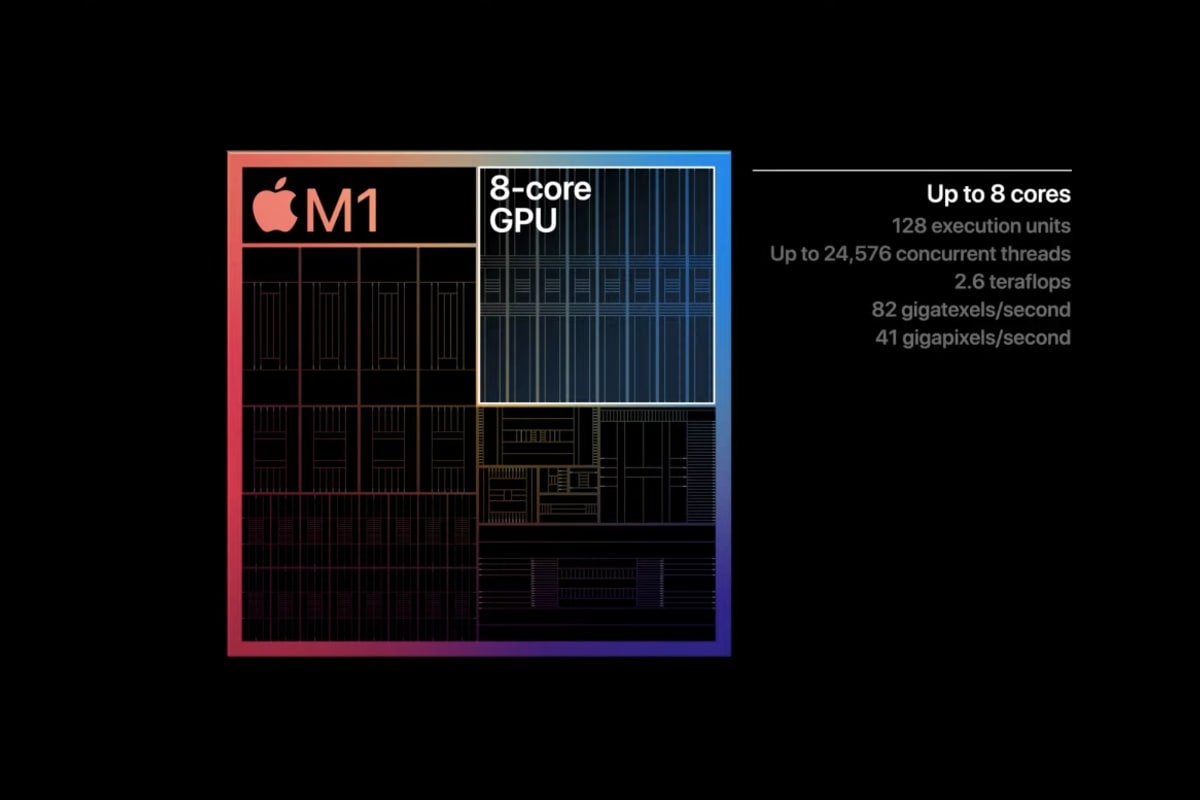 There are no details on whether the unsupported behaviour comes from the M1 chip or is just due to some restrictions at the software level. Nevertheless, Apple has removed the Blackmagic eGPU from the list of compatible accessories for MacBook Air, MacBook Pro, and Mac mini based on the M1 chip to confirm the latest change.

In March 2018, Apple brought eGPU support to its Mac family after much anticipation. The move was announced at WWDC 2017 and came into effect with the release of macOS High Sierra 10.13.4. But with the initial M1 rollout, the company seems to have put eGPU support on hold.

16GB RAM is the limit

Apple claims that the M1 chip is capable of delivering up to 3.5 times faster CPU performance than previous-generation Macs. However, post the event on Tuesday, it was found that the new chip currently seems to have a limit of getting up to 16GB of RAM. This isn't the case if you look at the older Intel-based Mac models that can have as much as 32GB of RAM. Apple mentioned in a fine print on its press release that it tested M1 performance along with 16GB of RAM. Similarly, the Apple site listing the new MacBook Air, MacBook Pro, and Mac mini have featured 16GB as the top-end RAM option to choose from.

The 16GB RAM restriction might not be an issue for MacBook Air or 13-inch MacBook Pro users, but it could limit the performance for people looking for a highly powerful 16-inch MacBook Pro, iMac, or Mac Pro. As noticed by The Verge, the RAM on machines using the M1 chip is also not upgradable since it's a part of the silicon. This further limits the possibility to increase memory performance of the new offerings in the future.

Apple is still selling the Intel-based MacBook Pro and Mac mini to let users decide whether they want RAM upgradability over the new silicon. However, this isn't the case with the MacBook Air as its older model has been discontinued.

The new MacBook Air and MacBook Pro share many similarities as Apple no longer has a faster processor to bring any prowess to its Pro model. Both new machines come with the M1 chip that provides eight CPU and GPU cores, though the entry-level MacBook Air model has seven GPU crores. However, it is the inbuilt fan on the new MacBook Pro model that brings a major difference from the fanless MacBook Air. Apple has also provided a similar fan on the new Mac mini. 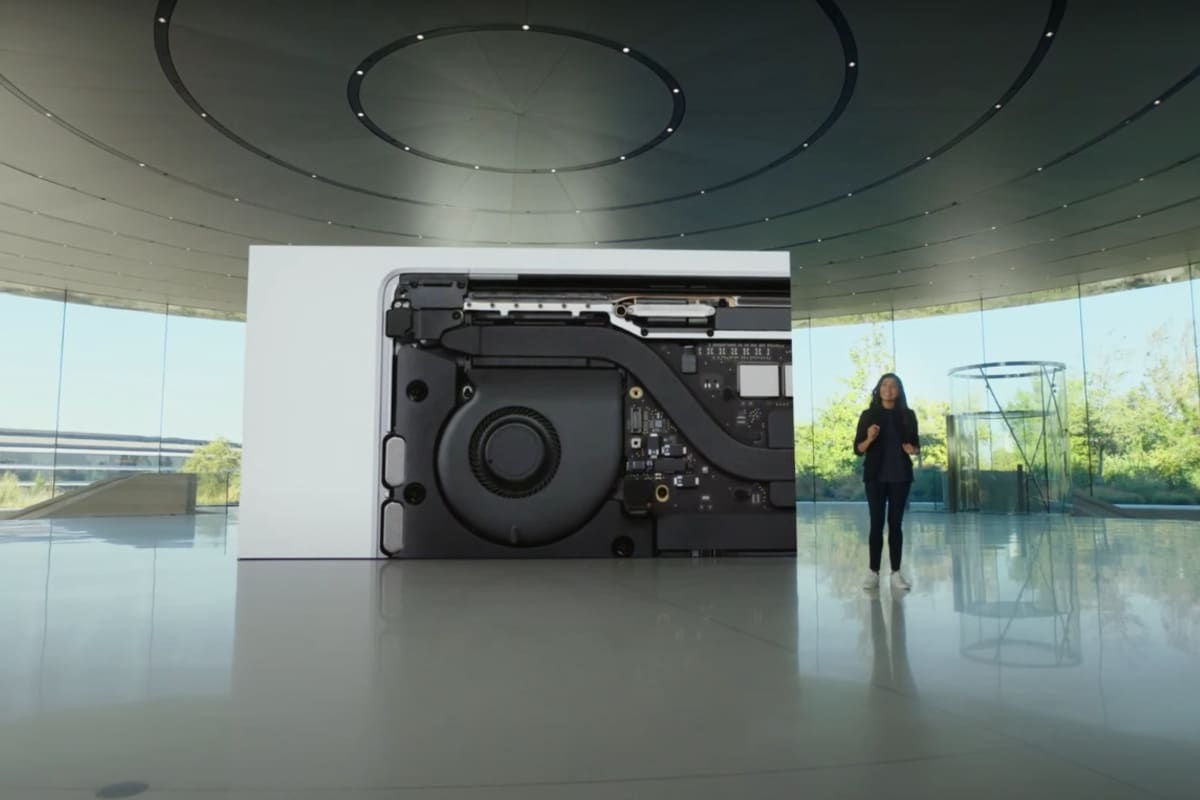 As reported by The Verge, the presence of the fan on the MacBook Pro and Mac mini could help them sustain peak performance for longer than what you would get on the new MacBook Air.

Apple didn't provide any performance differences among the three new machines at the time of its virtual briefing. However, due to the fan-based design, it is quite certain that the new MacBook Pro and Mac mini will be able to better manage their temperature when compared to MacBook Air. This would eventually offer some performance boost and allow the CPU to continue to run at a high clock speed.

No boost in FaceTime camera resolution

The cameras on new MacBook Air and MacBook Pro are claimed to improve white balance, along with capturing sharper images and more details in shadows and highlights using the new image signal processing (ISP) of the M1 chip. There is also machine learning (ML) enhanced face detection. However, while Apple didn't mention this explicitly during the event, the FaceTime cameras on the new Mac machines are still at 720p, as per the details available on the Apple site. This means that there is no improvement on the part of resolution. 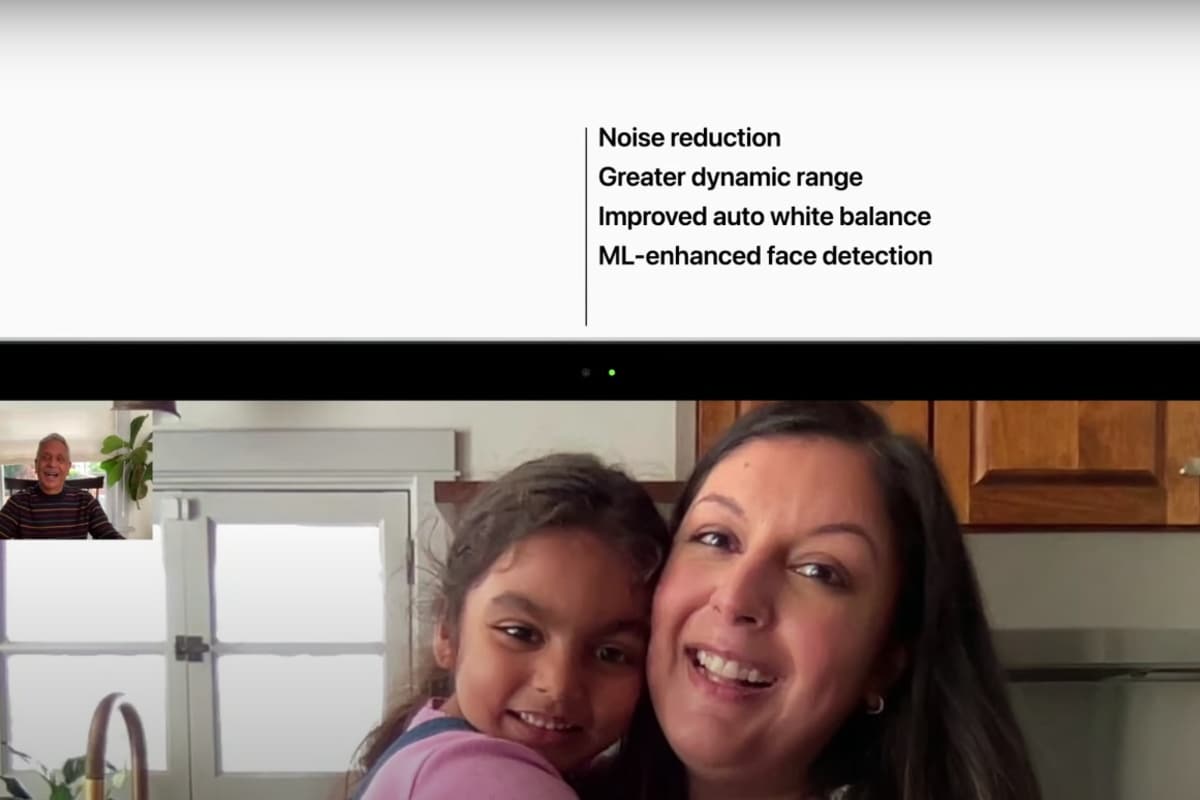 New MacBook models come with camera improvements but have the same 720p resolution as before
Photo Credit: Apple

Apple did acknowledge during the event that as people are staying indoors and working remotely from their homes, camera image quality matters even more. But with some tweaks at the chip and software levels, it is unclear how the company would be able to meet the demand for better webcam experiences on Mac machines.

At the virtual event, Apple elaborated various performance improvements driven by the M1 chip. The company, however, didn't provide any details beyond the new silicon and particularly how the new MacBook Air is different from the older model. Some changes were noticed shortly after the event, though.

One big change is the new keyboard on MacBook Air that carries dedicated shortcut keys for features such as Spotlight, Dictation, and Do Not Disturb. Apple has replaced the earlier Launchpad shortcut with the Spotlight key and the keyboard brightness controls with the Dictation and Do Not Disturb keys, as tweeted by Mark Gurman of Bloomberg. There is also a dedicated emoji globe icon on the function key to quickly enable emojis. 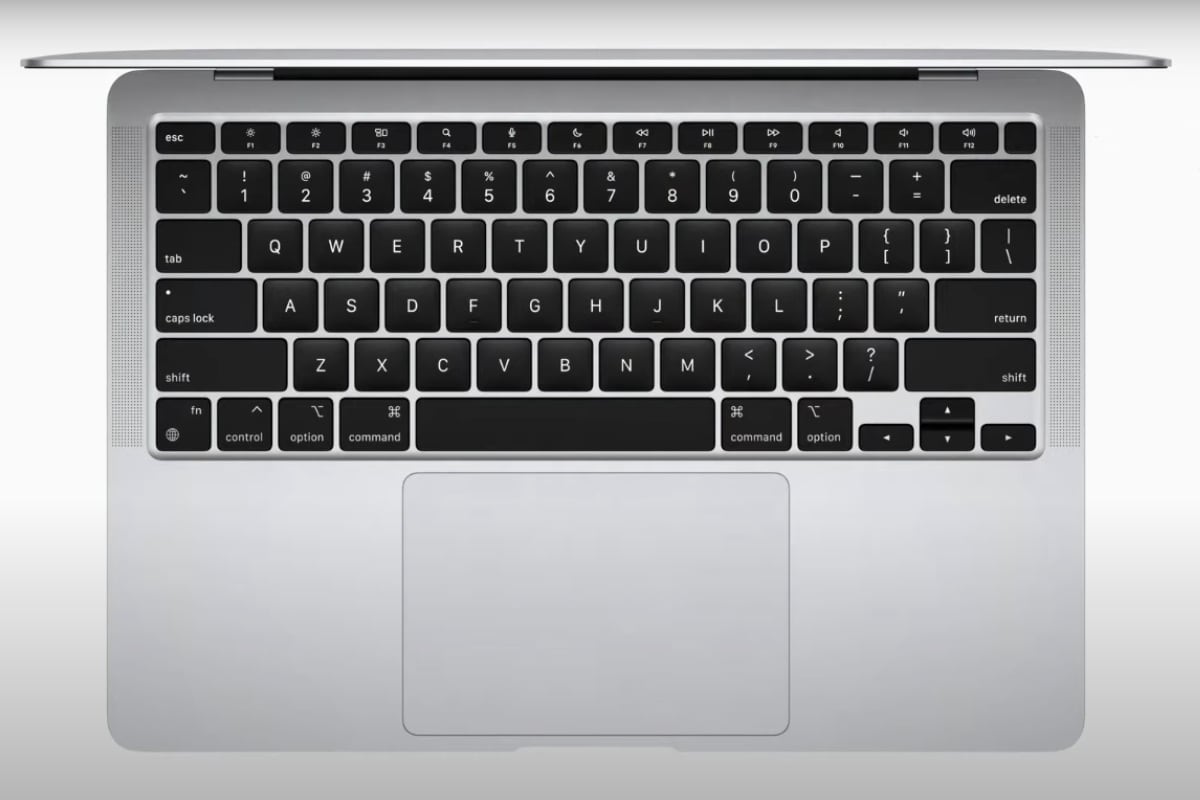 The emoji globe icon has also been added to the function key of the new MacBook Pro. However, there aren't any of the dedicated shortcuts that are provided on the MacBook Air, thanks to the Touch Bar in place of function keys.

One last major thing that Apple didn't emphasise during the event but could be important for many users is that the new MacBook Air, MacBook Pro, and Mac mini models come with a headphone jack. This is something worth pointing out as Apple ditched the headphone jack from its iPhone family back in September 2016 with the launch of iPhone 7.