During the summer of 2012, Cody Wilson hung around J&J, a car-repair shop run by two "goofy" guys in their late 20s. The Austin warehouse was crowded with engine blocks, car parts and Pelican boxes that never seemed to have been opened, but the 24-year-old came as he pleased, with access to shop machinery.

He had spent the larger part of his second year at the University of Texas Law School learning how to operate a 3D printer. Familiar with the robust gun culture of the South from his Boy Scout years in Arkansas, he soon began to wonder whether he could create the first fully 3D-printed, functional firearm. 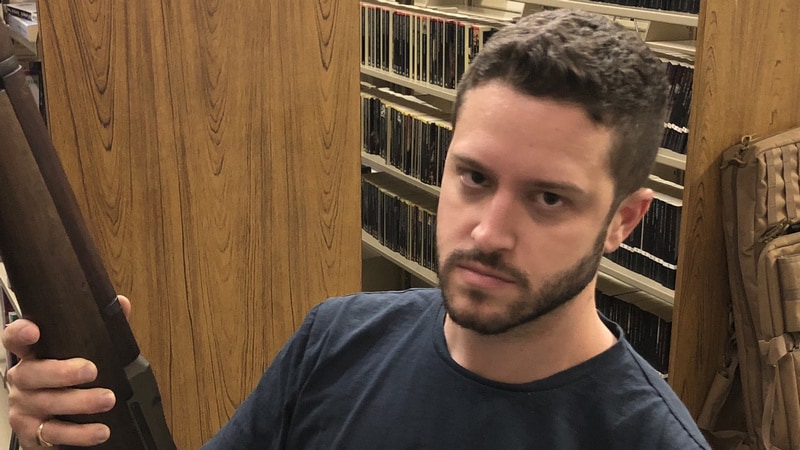 Wilson was not confident it was feasible. The technology was new, and printable materials were brittle and plastic. But Wilson was motivated by curiosity, hypothesising that he could design a printable weapon and build a platform for users to download gun blueprints without government regulation.

"Even I was glamoured by the magic of 3D printing," he said, recalling when he removed the first functional plastic piece from the printer. "It had an unusual polymer, fleshy feel and a silicate structure about it that had to be washed off. All the trappings of some kind of alien birth."

Wilson admired the object. The screw, buffer tower, the grip face. They all had perfect resolution, he said. "That's the devilry of this technology. They can do things that have machine quality."

Wilson drove to west Texas and learned to assemble a gun, swapping in his printed part - a green lower receiver. He shot the low-powered AR-15 into the dirt five or six times before it broke. Wilson showcased the accomplishment on YouTube. 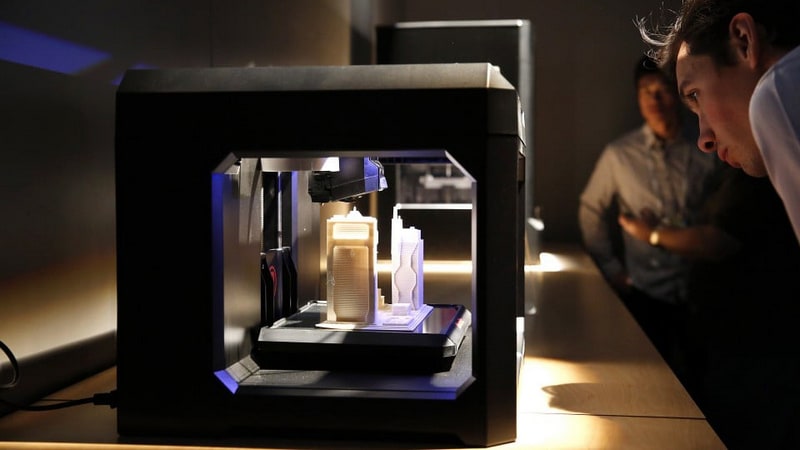 A MakerBot Industries 3D printer is on display during the 2014 CES
Photo Credit: Bloomberg photo by Patrick T. Fallon

Convincing Americans that 3D-printing guns was a worthwhile endeavor proved to be a challenge, said Wilson, who had begun fundraising. His bleak investor base was mostly 3D printer enthusiasts with several straggling gun-rights advocates. Gun owners could already own many guns. Why did they need new ones printed?

Less than two weeks passed before 20-year-old Adam Lanza opened fire at Sandy Hook Elementary School in Connecticut, fatally shooting 26 people before turning his weapon on himself. Suddenly, interest and his efforts changed.

"After Sandy Hook, everything was backward, cast as some kind of race condition: Is there gun control in America or 3D printing of guns?" he said. No longer the outliers, Second Amendment support flowed in. "These things become about red team, blue team after a while," Wilson said.

Inspired by Julian Assange and WikiLeaks, Wilson and his friends set out to create an open-source platform.

"We wanted to be the wiki for guns," Wilson said. Defcad.com, an unregulated file-sharing website, launched, birthing what became the first 3D-printing gun community.

Testing of the "Liberator," his first fully printed pistol, finished in late April 2013, during his second-year exams. He dropped out of the program the same week and uploaded his design files for ghost guns, firearms without serial numbers. In a few days, there were more than 100,000 downloads. Then he was stopped by the feds.

In May, Wilson told Infowars' Alex Jones, who has promoted various conspiracy theories, that the State Department emailed him demanding the files be taken down. The department alleged that by uploading a weapon blueprint, which constituted an export under the International Traffic in Arms Regulations (ITAR), Wilson was violating federal law. With 30 days to respond to government demands, Wilson removed the files from defcad.com, then filed suit against the U.S. government for violating his First Amendment right to free speech.

What frustrated Wilson was that the government was attempting to stop him from giving knowledge away.

"It's not that I'm a nihilist about it. I know that I can't control it moving forward, but that's the utopia of the present," Wilson said, calling himself a political romantic. "Good, something might happen that I can't anticipate! That's what inspires a bunch of burnouts like me."

He understood that the knowledge could be used for radical purposes. Still, he said, there was no way to "violate" his idea. In the public domain, the designs were "equally everyone's and no one's," he said.

At the time it was a pipe dream, but he hoped he had a case.

Joined by the Second Amendment Foundation, Wilson spent five years in litigation. In an unlikely turn of events, on June 22, the federal government settled. It was a narrow victory for First Amendment fans, coming under an administration usually perceived as hostile to free speech.

Second Amendment Foundation founder Alan Gottlieb, surprised the government settled after years of battle, said that the victory cemented gun-ownership law. "The government can no longer effectively ban guns in America because anyone can download the code and make a gun in their own home," he said.

Wilson, now 30, did not expect to win either. He expected to be content with a moral defeat, taking solace imagining the State Department tasked with the chore of regulating guns on the Internet.

"It's a troubling 180-degree turn by the State Department," said Adam Skaggs, chief counsel of Giffords Law Center to Prevent Gun Violence. "It's going to make it much easier for dangerous people, otherwise prohibited from getting guns, to get them."

Skaggs, like many anti-gun-violence proponents, blamed the policy U-turn on the Trump administration, saying it is more focused on the gun lobby's bidding than protecting public safety.

A State Department spokesman, however, told The Washington Post that this was a voluntary settlement agreed upon by both parties. The June 29 settlement, a copy of which was given to The Post, comes during a transfer of oversight from the State Department to the Department of Commerce.

In 2010, when Barack Obama was president, the departments initiated an overhaul of the U.S. munitions list. Under the proposed regulations, the State Department would continue administrating exports under ITAR of military-grade firearms, munition and heavy artillery. Commercially available firearms and related manufacturing technology would transfer to Commerce control. "These proposed regulations would eliminate the ITAR requirements at issue in this case," the department spokesman said.

The Trump administration has surged forward with deregulating gun exports, though the initial transfer between departments was in 2015, under the Obama administration.

Weapon manufacturing, in the meantime, is moving away from 3D printing. According to Adrian Bowyer, a retired engineer, 3D printers aren't a suitable technology for weapon-making. The key component of a firearm is that it's cylindrical and rotationally symmetric. 3D printers are also restricted to the available materials, and the ones that work with metals don't provide the best results.

Bowyer said that if he had an interest in making weapons, he would make them with conventional tools, like a lathe. "3D printers are expensive. Even then, the end result is likely not to be as strong as a 200-year-old technology."

Because there has been a proliferation of guns built with do-it-yourself kits obtained online, gun-control advocates have maintained that 3D-printed guns are a future threat. Finkler said that when printing technology becomes more reliable and affordable - which, he said, is undoubtedly coming - it will have dangerous consequences for public safety. "Climate change isn't affecting us today, but people can be concerned about the future," he analogised. For now, though, the 80-percent-unfinished DIY gun looms larger.

Wilson's website is scheduled to go back online Aug. 1. Throughout the litigation, he developed a trove of other 3D-printable weapon blueprints, including Assembly AR-15s and AR-10s.

Regulating homemade weapons will be the future-facing obstacle. Several states introduced legislation increasing oversight, but with the proposed ITAR amendments, Wilson should be able to publish all of his blueprints.

"[Code] is the essence of expression," he said. "It meets all the requirements of speech - it's artistic and political, you can manipulate it, and it needs human involvement to become other things." Alternatively, he said a digital file is a weapon, but only in the nonlegal sense. "You can't characterize 16 lines of code as 'a gun.' It doesn't want to become anything; you still have to make it one."

Wilson relishes that he edged his way into American gun-control politics.

"Ghost guns are what got me where I got," he said. "My contribution is to create the hyperbole politicians talk about. Now the public can have access to them."