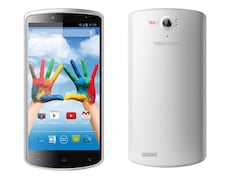 One of the most remarkable trends in the Indian mobile industry over the past few months has been the rise of smartphones sporting full-HD screens. Although such devices used to cost a lot of money in the past, a number of companies are now releasing more wallet-friendly models. The trend in the country might have been set by global brands, but Indian domestic handset makers are not far behind. Micromax was the first Indian brand to join the full-HD bandwagon with its Canvas Turbo launched last year. Now, after a period of relative quiet, Karbonn has marked its return to the Indian market with its first smartphone with full-HD display, the Karbonn Titanium X.