Google Earth on Chrome Is Fast, Smooth, and Still a Lot of Fun 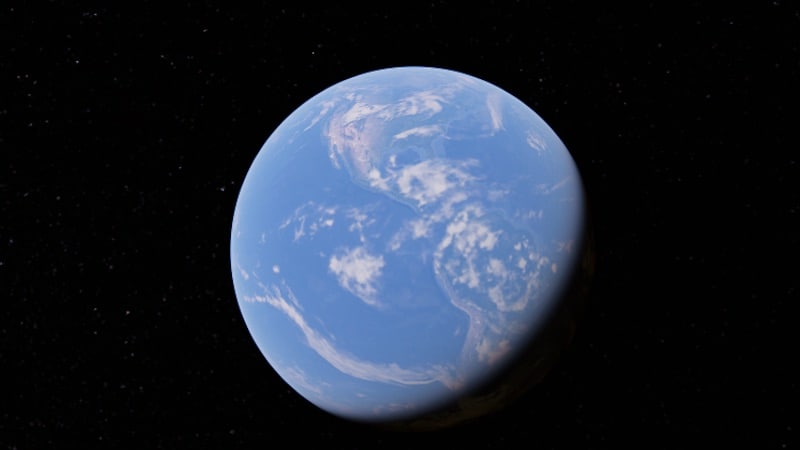 On Tuesday, Google Earth launched a version that works directly in the Web browser. To use it, all you have to do is open the website in Chrome, and you can start viewing the world in 3D without having to download anything, or install any application on your computer, a welcome change from the Google Earth experience before.

What's more, the entire experience is pretty smooth and seamless (a fast Internet connection obviously helps) and there are a lot of cool things that you can do right now in the revamped Google Earth.

For one thing, you can ask questions - so for example, you could type in, "What is the capital of India," and the Google Earth map will jump to Delhi, with knowledge cards showing on the right to tell you more. Click on the points of interest card stacked under the Delhi card, and the next thing you know, you're reading information sourced from Wikipedia about the Red Fort, Qutub Minar, and India Gate. You can also type something like "India's biggest city," which brings up Mumbai. It's a cool feature, but still a little limited, because searching for things like the "deepest point in the oceans" or the "tallest mountain in the world" does not return any results.

Still, you can jump to locations pretty quickly thanks to the search feature, and once you get there - to say, Mount Everest - you can click on the 3D button among the controls at the bottom right, to switch to a 3D view that orbits around the location on the screen.

It's a cool feature, and you can also just hold the shift key and then drag the mouse to adjust the view, just like you would with the Google Earth app. The 3D view automatically brings in elevation data, so it works great for natural features, but otherwise, in India at least, it's pretty limited because there's no 3D models of buildings.

If you want to see something really cool, just change the location to something like Manhattan, and then see everything form up in 3D in front of your eyes. If you've used Google Earth before, you know what to expect - as you zoom in, the map slowly transforms, and rough polygons replace the neat satellite imagery, before reforming into a 3D map that you can zoom through.

The effect is kind of magical, and seeing it happen right inside the browser is very cool. You can zoom in all the way to Central Park and then rotate the view to look at all the skyscrapers, or, you could click on the little person icon, and enter Street View, switching from 3D models to actual pictures you can look around in.

Google's Street View images aren't here in Indian cities either, but many shops have worked with Google to create images of their interiors, and there are also some user created photospheres you can look around in that are available, which you can see through Google Earth.

Google Earth Voyage and the Dice

Another cool feature is Voyage. On the menu on the left, you'll see an icon that looks like a ship's steering wheel or helm - click on that and you'll see a number of curated lists of places that Google has put together. Many of these include Street View images so you get up close with what's being shown. There's Museums Around the World; Wonders of the Ancient and Modern World; or Exploring the Penguin Colonies if you prefer. You'll see the different locations, be able to look around and explore some more, while cards give you details to explain what you're looking at.

There's also one other new feature - a dice in the menu, that's the equivalent of the I'm Feeling Lucky button on the Google homepage. Click on the dice, and a random point of interest will load up, showing the knowledge card and giving you a 3D view. It's a fun way of just exploring around the world without having a specific destination in mind.

Overall, the new features of Google Earth are fun additions, but it's particularly great to see how quickly and smoothly everything ran while inside a browser window, without requiring to install any additional software, which really is the biggest win.