Why the Latest Update Has Made the Uber App Entirely Unusable

Uber's recent changes to how it collects location data stirred up a controversy. Previously, Uber's app would access your location only while you were using the app. On the other hand, the latest update tracks your location even after you close the app.

Uber claims that it only collects location data for up to five minutes after you're dropped, to better optimise pickups. This data will allow it to see where people leave the cab, and where they go after that. This, Uber says, allows it to improve pickup and drop points for cabs.

However, all of this comes at the cost of your privacy. On iOS, you could earlier allow Uber's app to access your location "While using the app" or "Never". That has changed to "Always" or "Never". This means that although Uber may only be tracking you for five minutes at a time right now, it could start doing detailed location tracking without having to take further permissions, and you'd never know about it. To be fair to Uber, since the change, we haven't seen the app track our location data longer than 30 seconds after we left the cab, but that doesn't mean it cannot happen.

Uber has been accused of misusing a "God View" feature to track a reporter and its employees have been accused of using company tracking data to spy on celebrities and their acquaintances. If the company had a better track record with protecting your privacy, this probably wouldn't be such a big deal.

However, Uber does not have a great record and allowing its app to know where you are at all times doesn't seem like a great idea. Not only does it open up this data to Uber and its employees, but in a world where high-profile hacks are all too common, it's downright risky to hand this kind of data to any company. 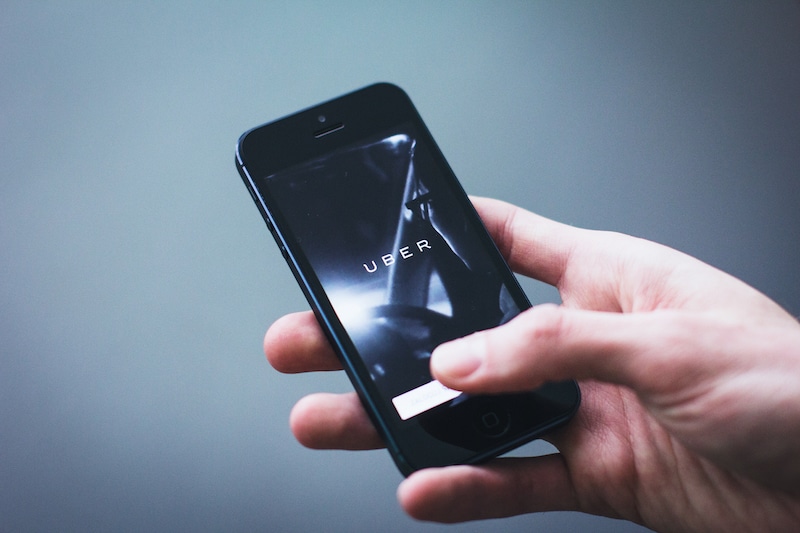 Removing the "While using the app" setting from location permissions broke the app, in the way it no longer functions the way you'd expect. If you change the location access permission to Never, the app becomes almost completely unusable. When I opened Uber to call for a cab, the app showed me a map of the world, and was unable to pinpoint my location. It didn't show a pop-up for me to manually enter the pickup address either.

I briefly granted it access, before flipping the switch to "Never". This let me manually enter a pickup address and continue using the app. However, every few days, the app would show me the blank world map and granting it access to my location temporarily would fix the problem. I also realised that I was no longer able to access in-app settings. A giant pop-up asking you to grant location access or enter pickup address greets you when you open the app. This means that you cannot change payment information, check previous rides, or rate drivers from Uber's app if you don't grant it access to your location - even when you're not looking to book a cab.

Some of these options show up during your trip but not before or after. Even basic things like checking your Uber rating or contacting Uber support aren't accessible if you don't want Uber to access your location all the time. Even if you don't care about third-parties knowing where you are at all times, you're likely to worry about a move like this reducing your phone's battery life.

Uber's entire premise is convenience. The app makes it much more convenient to order a cab and reach your destination. This latest update is a step in the wrong direction. The company could easily have made this an opt-in process and asked people to help improve pickup and drop data by allowing access to their location at all times. Forcing this change on people and making the app unusable if they don't do so, is not the right way to go about it.

Further reading: Uber, Location Access, Privacy, Android, iOS, App Store, Google Play, Cabs, Taxi, Cab
Pranay Parab Email Pranay Pranay is in charge of podcasts and videos at Gadgets 360. Over the years, he has written over 500 tutorials on iPhone, Android, Windows, and Mac. He has also written in-depth reported features on the intersection of technology and culture, reviewed fitness wearables, been the social media manager, started two podcasts, and produced several tech videos. He loves travelling, particularly to places not frequented by tourists. He keeps running half-marathons across the country and hopes to complete ...More
Facebook Messenger Group Video Chat Launched for Android, iOS, the Web
Apple Committed to Mac and 'Great Desktops' Are Coming, Says Tim Cook in Leaked Note to Employees