The Internet has evolved greatly over the years, and the number of devices that are connected in a single household - and the number of different ways in which we use them - means that we are using the Net like never before. From the old thick Ethernet cables, the world has steadily levelled up and we're living in a super-fast Wi-Fi-powered broadband age. Well, most of the time anyway. Around three weeks into each month, our connection hits its "limit" and starts to crawl along painfully - and some very unscientific polling at least tells us that this is the case for a lot of other ordinary users like us.

The speed and reach of the Internet has been progressing upwards steadily, but there's one big problem for ordinary users in India - and that's bandwidth caps. Also known as FUP (Fair Usage Policy), this concept was introduced to make sure that a few customers who were heavy users didn't fill up the available bandwidth, making the overall experience bad for others on the same network. While the concept might not be popular, if it helps the average user to have a good experience, then it at least makes sense. But the problem is that the FUP limits in India haven't kept pace with the changing face of the average user's needs.

Today, "average" usage has shot up a lot. A little over a decade ago, my father was the only person in my family using an Internet-enabled mobile phone. Today, we have four smartphones, each of which uses much more data than the decade old handset. There are also three laptops, a tablet, and a smart TV that are connected to the Internet in this household, and we consume more than 50GB data from the Internet in 30 days. For a family of four heavy Internet users, this isn't really unusual either - you might leave out the tablet and smart TV, but even so, you're going to run into that FUP pretty quickly.

Smartphones, which we use daily, have started guzzling data, via social apps, or streaming videos from YouTube, voice and video chatting, and even gaming. For me on average, a 3-minute video on YouTube takes up 8-11MB, and that too when seen in regular 320p resolution, which by today's standards is low. YouTube of course tries to default to the highest quality your connection will support, so unless you keep one eye on the quality settings at all times, your consumption can skyrocket. A Skype-to-Skype call for 60 seconds takes 3MB, so a 30 minutes Skype call uses 90MB of data. This is just one of the applications we use in a day. So you can imagine the numbers. 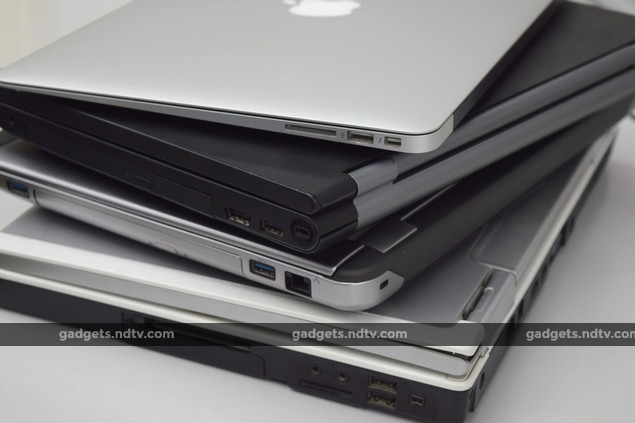 I'll give an example of my own family of four members, making basic use of the Internet. Maybe one person will watch a few music videos; someone else might check some instructional videos. Another family member might watch an episode of an old TV show that's been legally uploaded to YouTube. Between the whole family, 60 minutes of YouTube adds up to more than 300MB, provided the resolution is 480p or more.

Browsing Web pages and social media websites is roughly another 100MB, while emailing and doing other work Web-based applications takes almost 100MB more. For average users like us, streaming audio and video consumers another 200MB. And then there are the other ways you use data - say an extra-long Skype call to a relative you haven't met in a while, or a couple of GB used updating your apps, or if you want to install a new game on your phone. Everything starts to add up, and what started off sounding like a reasonable FUP actually looks like the bare minimum that you will use.

What's more, FUP shouldn't actually exist at all if the companies are mentioning "Unlimited" in the Internet packs. A report from earlier this month says that in 2012, Trai (Telecom Regulatory Authority of India) issued a directive to telecom firms offering broadband, telling them to give clear information to users, and not trick them using certain parts for advertisements. The authority gave the example of telcos advertising 'Unlimited' Internet everywhere and later putting a bandwidth cap/ lowering the Internet speeds after a certain limit. Three years since the issued directive, and telecom companies still follow the same advertising techniques.

It's well past time to move beyond FUPs, and for companies to either truly introduce unlimited plans, or at least have more realistic limits. In the US, caps are typically around 300GB which still sees huge consumer backlash. Here, we've been trained to accept limits so small that they limit the potential for the Internet in India. Companies can't depend on their customers being able to reach them online if users are constantly throttled to 512kbps. The government talks about Digital India and digital documents to remove the need for paper. But if you need half an hour to download your passport, how useful will it be? Our policymakers are weighing issues of network neutrality, and free access - but fair access is another issue that needs to be addressed, and urgently.