After a brief period of calm when it seemed that common sense and logic had prevailed over corporate greed, the net neutrality and zero-rating issues have been blown wide open again thanks to PM Modi's visit to Silicon Valley to promote the Digital India initiative. Facebook's controversial Internet.org programme is back with a new name but no less ambitious purpose, and round two of the net neutrality battle is well under way.

The whole concept of Internet.org (or Free Basics, as it is now known) is that Facebook will tie up with ISPs in India and in other emerging markets, and then deliver certain websites and online services to users, exempt from data usage charges. Any developer can apply to be included on Free Basics, though ISPs can turn them down. These chosen few will be cut down to be optimised for low bandwidth and low-cost devices, but are intended to be fully functional.

The problem is that users - especially first-time Internet users - will become accustomed to having a free service layer and a paid service layer, and many will obviously prefer to stick within the former. Even long-time users will be tempted to change usage patterns by the obvious price differential. That divides the Internet and inhibits people from discovering its full potential. It also gives companies that participate in Facebook's scheme significant leverage over those that don't. Network neutrality, or the idea that carriers shouldn't interfere with the content they're carrying or the way users can access it, gets lost along the way.

Once users accept and even expect a multi-tiered Internet, the balance of power tips greatly. Internet Service Providers (including cellular carriers) have every reason to encourage the concept of preferential access - some are already trying to lure users with free or discounted rates for specific, common services, whereas others have been trying to promote their own apps at the cost of the free market. 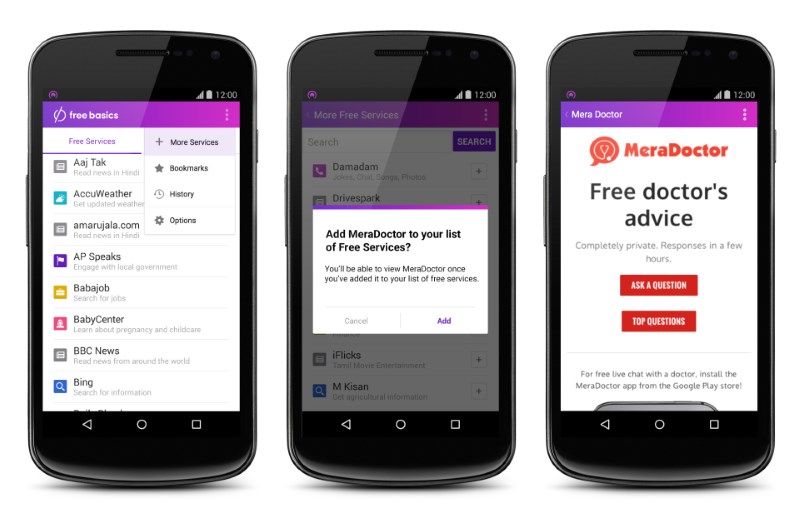 Now imagine giving them the power to charge subscribers more money for arbitrary things, and at the same time extract payments from Web services to ensure that users can even get to them. Airtel tried rolling out such a scheme called Airtel Zero earlier this year and it would have gone through had it not been caught up in the net neutrality debate that swept India at the time. Airtel later warned that if policies like zero rating are not permitted, the price of data would have to go up to cover costs. However, just like Internet.org, it's likely to be back with some cosmetic changes and a new PR campaign.

Facebook has spent the last few months drumming up support for Internet.org with blatantly selective, emotionally manipulative messaging about how it can help millions of low-income and rural Indians connect to the Internet for the first time and empower themselves. By piggybacking on the wave of positive press that Digital India is generating, the company is signalling a determination to keep trying to subvert the free and open Internet.

Digital India is a multi-faceted initiative and we hope to see involvement from the world's biggest companies over the next several years. However, the government also needs to pay attention to infrastructure and policy back home in the form of voice and Internet connectivity for end users, or there won't be anyone to participate in the new digital economy. What we need is a comprehensive new national broadband policy which guarantees speeds, data transfer quotas, quality of service, availability, competition, and of course network neutrality.

And all of that plays right into the hands of our ISPs, arguably amongst the worst in the world, but still looking to nickle-and-dime users. Our ISPs are already customer-hostile. They're charging far more than they should for pathetically slow, unreliable connections. We have the worst speeds in the entire Asia Pacific region, according to Akamai's most recent State of the Internet report, averaging about one-tenth of that of South Korea and half of the entire world.

Data caps are minuscule, forcing users to be conservative with their consumption and restricting the adoption of modern services. Those who exceed their quotas are either charged ridiculous amounts of kicked back to stone-age speeds until they pay for top-up packs or other such schemes.

Other issues get less attention, such as absurdly poor contention ratios, further limiting uploads. Customer service is often a joke, with unannounced outages stretching for days. Billing is often a complete shot in the dark. Websites are blocked arbitrarily at the slightest bit of political pressure.

Worse than all of this, some of our more shady ISPs are trying to profit even more by overlaying their own ads on top of Web content - crudely interfering with Web traffic and forcing enormous, annoying popups on websites and within apps, which are also potential security risks. There doesn't seem to be anything stopping them, so things can easily get worse.

Without a rock-solid policy and legal ramifications in place, ISPs will inevitably launch their own zero-rating schemes to try to raise money from Web services. Conversely, there's nothing stopping them "double-rating", or imposing penalties on heavy applications such as video streaming and chatting, which will stifle users and Web companies alike. Anything that the ISPs can potentially charge more for, they will. 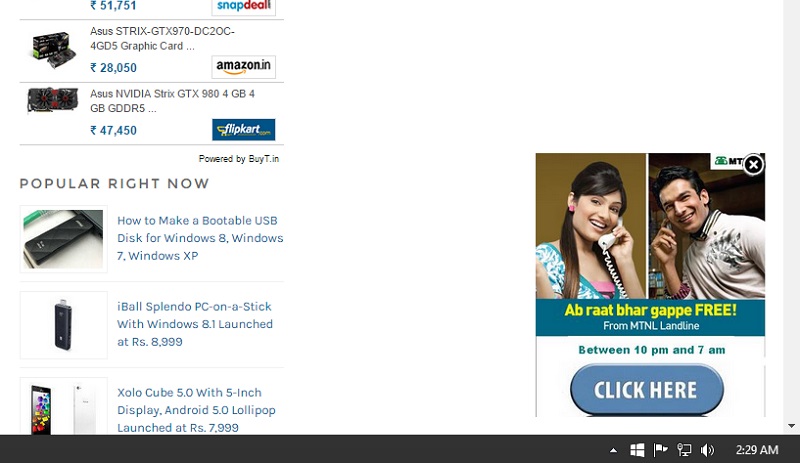 The giants might pay, but startups and niche services could be forced out. New users will come to the Internet with blinkers on and miss out on everything we currently take for granted. "Fast lanes" have already been proposed, which would result in customers finding it easier to access those services that can afford to pay ISPs for preferential treatment, edging out their competition.

ISPs and other corporations cannot be allowed to hide behind the glowing Digital India brand. Internet access needs to be protected and encouraged to spread. Without that, no amount of enthusiasm from Silicon Valley will ever reach India.