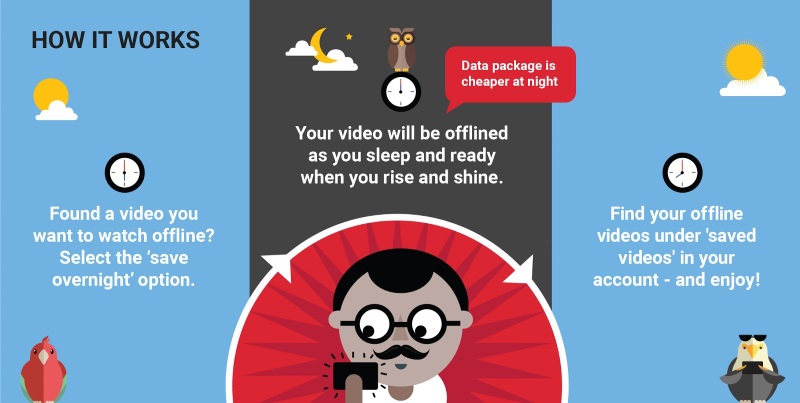 "Today, we are beginning to roll out a feature called Smart Offline on YouTube that lets you take advantage of these cheaper data rates as offered by your mobile operator, without requiring you to stay up late at night," the company wrote on its blog.

When a user taps on the grey arrow to take a video offline, a prompt will appear, giving him/her the option to select "save overnight" using the mobile operator's discounted night data plan.

When the user selects it, the YouTube app will smartly schedule the video to be downloaded after peak hours that night.

The videos will be ready to watch offline and on the go, with no buffering the next morning, the company said.

This feature was rolled out for Airtel and Telenor subscribers on Thursday and would be brought to all users in India soon.

The feature will not work on Wi-Fi networks and one needs to update YouTube app to the latest version to reap its benefits.