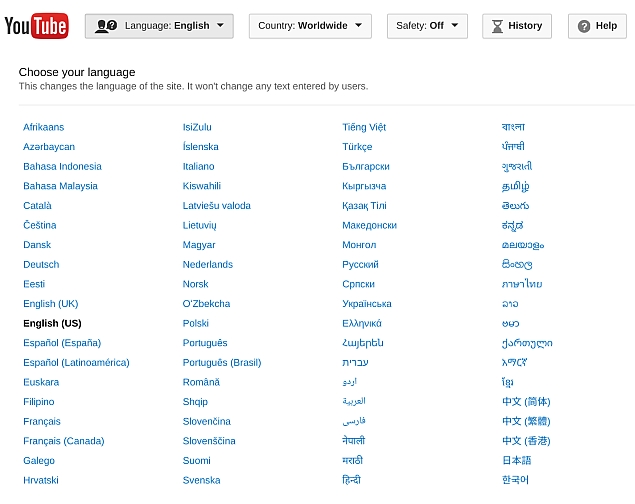 Google is trying its best to engage more YouTube users, with the move to add support for 15 new languages.

According to the firm, YouTube has added support for 15 new languages, bringing the total language support count to 76. YouTube says that by adding these new 15 languages, it will be covering 95 percent of the Internet population.

Google is rumoured to price the subscription at $10 a month, just like it did with YouTube's Music Key Beta in November. The service not only allows users to access music on YouTube without ads, but also offers offline access.

In a big to attract gamers, the video portal is also said to be preparing to relaunch YouTube's live-streaming platform, YouTube Live with its focus on 'live gaming and e-sports'. The search giant is said to be looking at this segment based on the popularity of Twitch, which it reportedly tried to acquire last year.