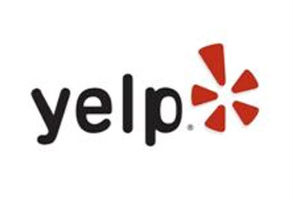 Yelp is feeding its online reviews of restaurants and other local merchants to Microsoft's Bing search engine in a move to compete against Zagat ratings on Google.

Beginning Thursday, people using Bing to search for information about neighborhood businesses will be able to see excerpts from Yelp reviews.

Google's decision to highlight Zagat in its influential search results threatens to divert traffic from Yelp. Joining forces with Bing makes sense for Yelp because both online services are locked in battle against Google to attract more advertising from local merchants.

Microsoft and Yelp also have complained that Google promotes its own services in its search results to stifle competition, allegations that are under investigation by government regulators in the U.S. and Europe.

Google processes about two out of every three search requests in the U.S., leaving Bing a distant second in the Internet's most lucrative search market. Microsoft has been unable to make much headway against Google, despite pouring billions of dollars into improving its search technology.

The Bing alliance marks the second time this week that Yelp has gotten a boost from a Google rival. On Monday, Apple Inc. previewed a new mapping service for its iPhone and iPad that will feature business reviews from Yelp. Apple's maps, due out this fall, will replace Google's navigation service as the built-in option in the next version of the operating system that powers the iPhone and iPad.

Yelp's latest deal didn't buoy its stock. The company's shares fell 17 cents to $19.61 in Thursday afternoon trading. Yelp, which is based in San Francisco, went public in March at $15 per share.