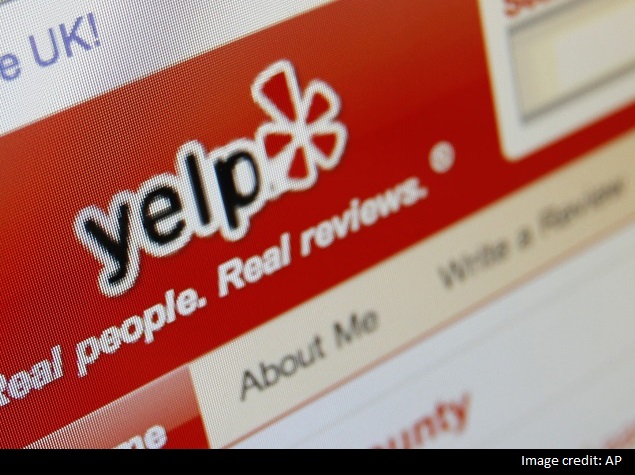 Yelp, the online service increasingly popular on both sides of the Atlantic, has joined the critics formally opposing the European Union's proposed antitrust settlement with Google.

Yelp, which helps consumers find and review restaurants, shops, plumbers and all sorts of other local services, said in its filing in the long-running European antitrust case that the results on Google's search engine favor Google Plus Local, a direct Yelp competitor.

Although Yelp, based in San Francisco, is a relative minnow compared with Google - with annual sales of about $233 million, against Google's nearly $60 billion - it is one of the biggest U.S. companies besides Microsoft to have formally opposed the settlement. The EU's antitrust commissioner, Joaquin Almunia, is eager to complete a deal with Google before he leaves office in the autumn.

The Google search engine, with about 90 percent of the market in some EU countries, is even more dominant in Europe than in the United States. Local search queries have become a major part of the online world, as consumers increasingly turn to the Internet for recommendations.

Yelp filed its objection at the beginning of June, but it came to light only in recent days.

In May, Yelp's chief executive, Jeremy Stoppelman, wrote a letter to Jose Manuel Barroso, the president of the European Commission, and Almunia's boss, about the antitrust proceedings.

"I truly fear the landscape for innovation in Europe is infertile, and this is a direct result of the abuses Google has undertaken with its dominant position," Stoppelman wrote to Barroso in the letter, which was made available by a person who spoke only on the condition of anonymity because the correspondence was meant to be private.

Google officials declined to comment on the Yelp complaint.

Through the antitrust settlement, which Almunia has been trying to complete with Google for more than a year over the continuing objections of the company's competitors, Google would avoid the possibility of a finding of guilt that could lead to a potential fine of billions of dollars.

The centerpiece of Google's latest provisional deal with Almunia, announced in February, is a system that would display rivals' search services - for mapping, finding hotels and shopping, among others - more prominently when people conduct Google searches.

Rivals have bitterly complained about the proposal, saying that given Google's dominance, it would do little to help them compete more robustly in Europe.

It is not only U.S. companies, like Microsoft with its Bing search service, that have lobbied against the settlement. Almunia has run into strong headwinds from powerful industry groups and politicians in Europe, particularly in Germany.

The critics are pushing the European Commission to abandon plans to settle the case and instead resume the antitrust investigation, with the aim of curtailing Google's market power over online search and advertising.

Google escaped serious penalties last year after a similar antitrust investigation in the U.S. - a result that Yelp at the time called a "missed opportunity."

Under European procedure, the commission must consider the latest complaint. Yelp, if its complaint is accepted as part of the continuing case, will also have the right to appeal any eventual settlement with Google.

Almunia told colleagues on June 11 that he was sticking with his decision to dismiss 20 formal complaints in the case, a legal step before reaching a definitive antitrust settlement. It was not clear Tuesday whether the complaint Yelp filed June 1 was among those. A spokesman for Almunia declined to comment.

In a speech in London late last month, Almunia said that it was possible he still could find that his deal with Google may "need to be improved" but that "the current investigation is probably drawing to an end." That has not stopped rivals like Yelp from continuing to ratchet up pressure on Almunia - including making an appeal over Almunia's head to Barroso.

Barroso, a former prime minister of Portugal, presides over a so-called college of commissioners drawn from each of the bloc's 28 member states. The group includes Almunia, a former Socialist leader in Spain.

Almunia's successor has not been chosen. But Google soon could face a potentially tougher negotiator less willing to make a deal. The competition commissioner's job is among the most powerful in Brussels because the holder can directly order companies that break union law to pay fines of up to 10 percent of their global annual sales.