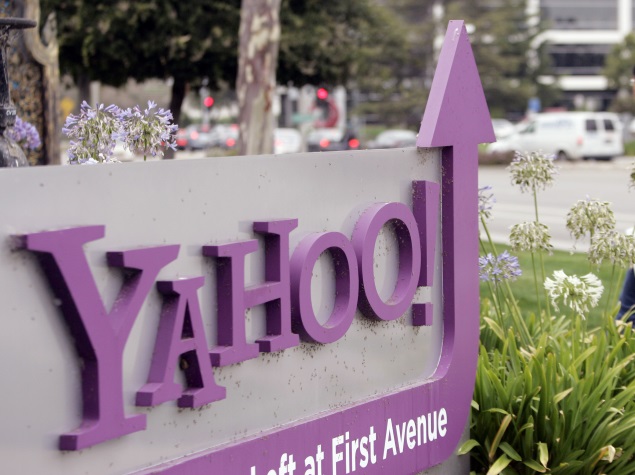 In a letter to Yahoo's board and chief executive Marissa Mayer, Starboard said the spinoff of Yahoo's stake in Chinese Internet giant Alibaba was "a good first step" but that more is needed to "unlock" value for shareholders.

The letter from Starboard's managing member Jeffrey Smith said Yahoo "remains deeply undervalued" but that urgent action is needed to shore up the core business of the Internet pioneer.

Yahoo in January announced a plan to create a new unit that would allow it to spin off its Alibaba holdings estimated at $40 billion at the time in a tax-free transaction.

This deal suggested Yahoo's core business excluding its stake in Yahoo Japan was worth little or nothing, based on its share value.

But Starboard says the value Yahoo's core business could be boosted by some $11 billion (roughly Rs. 69,109 crores) by taking certain steps.

The investment group called for "a tax-free spin-off of the Yahoo Japan stake in a separate entity" and other measures.

The letter said Yahoo should end some of its less profitable endeavors and focus on more promising areas.

"We believe the time has come for Yahoo's management and board to narrow Yahoo's focus to areas where it can demonstrate a high return on investment and sustainable competitive advantages," the letter said.

"We believe Yahoo's inability to identify significant cost reduction opportunities has been due to Yahoo's current desire to aggressively invest in product areas or other initiatives where Yahoo, in our view, has a low probability of ultimate success."

Other gains could come from licensing some of its patents, or selling some real estate holdings, the letter said.

Smith said Yahoo should return more of the cash from its Alibaba stake to shareholders.

"In our view, shareholders remain extremely concerned about the possible uses of Yahoo's current $5.4 billion (roughly Rs. 33,926 crores) in net cash," he wrote.

Yahoo has been undergoing a major reorganization since Mayer took the helm in 2012.

Shares in Yahoo fell one percent Monday to $42.98.