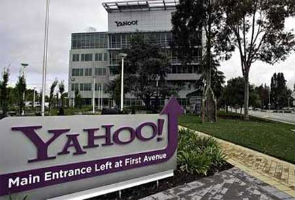 Highlights
Yahoo's dysfunctional turnaround efforts have morphed into a Silicon Valley soap opera, one that has taken another strange twist with the Internet company's ousting of CEO Scott Thompson just four months after his arrival.

Thompson's hasty departure, amid a furor over an inaccurate resume, ushers in a new cast of characters led by interim CEO Ross Levinsohn and New York hedge fund manager Daniel Loeb. It was Loeb's sleuthing skill that uncovered Thompson's misleading biography. With a 5.8 percent stake in the company, Loeb now gets even more leverage with three seats on Yahoo's 11-member board of directors. He and the rest of Yahoo's board will appoint one more "mutually agreeable" director, according to a Monday regulatory filing.

If Yahoo's saga is to end happily, the company's new leadership will have to develop a strategy to lure back Web surfers and advertisers who have been defecting to Internet rivals Google Inc. and Facebook Inc. At the same time, they will likely need to complete the complicated negotiations to sell part of the company's prized stake in China Alibaba Group.

Those objectives ranked high on Thompson's priority list, too, but a ficitious college degree that appeared on his official biography ended his brief tenure.

Another factor may have contributed to Thompson's short stay. Citing unnamed sources familiar with the matter, The Wall Street Journal reported that Thompson, 54, had informed Yahoo's board last week that he has been diagnosed with thyroid cancer. Even so, Thompson was still scrambling to save his job last week as he deflected responsibility for a bio that included a college degree in computer science that he never received. Thompson, in fact, graduated from Stonehill College, near Boston, in 1979 with a degree in accounting -not computer science.

Incensed at initially being denied a seat on Yahoo's board, Loeb exposed the phantom degree earlier this month.

In a sign that he was forced out, Thompson left Yahoo without a severance package, according to documents filed Monday with the Securities and Exchange Commission. He is also surrendering unvested stock awards valued at $16 million. Thompson will get to keep a $1.5 million cash bonus and restricted stock valued at $5.5 million that Yahoo paid him to compensate for benefits he gave up at his former job at PayPal, an online payment service owned by eBay Inc. Yahoo had been paying Thompson a $1 million annual salary, which could have been supplemented by a bonus of up to $2 million.

Analysts are divided on whether Yahoo is now in a better position to lift its long-slumping stock price and revive its revenue growth.

"What is really scary about all this is the Internet is the fastest moving industry in the world, so the time they are losing is very dangerous," Macquarie said.

Other analysts believe Levinsohn is a better fit as Yahoo's CEO than Thompson, who had spent the previous seven years immersed in processing digital payments at PayPal.

"Levinsohn is an extremely qualified executive, in our view, and will serve as a calming force amid the turmoil," Stifel Nicolaus analyst Jordan Rohan wrote in a Monday email. "He has a visceral understanding of what it takes to succeed in the media business. We believe that under new leadership, Yahoo is more likely to re-emerge as a premier, highly profitable online media."

Levinsohn's name had been bandied about as a CEO candidate before the company hired Silicon Valley veteran Carol Bartz to fill that role in January 2009. Bartz subsequently hired Levinsohn as one of her top lieutenants in late 2010 and then his name came up as a potential successor to Bartz after Yahoo fired her eight months ago. Yahoo instead appointed its chief financial officer, Tim Morse, as interim CEO before settling on Thompson.

Levinsohn, 48, is best known for running the Internet operations of Rupert Murdoch's News Corp. when that company bought MySpace, then the Internet's top social network, for $580 million in 2005. Levinsohn then negotiated a lucrative advertising deal that made the MySpace deal look like a coup. But then Facebook emerged as the Internet's social hub, and News Corp. wound up unloading MySpace for just $35 million last year, long after Levinsohn had left.

As the head of Yahoo's media and advertising services, Levinsohn had been striking more exclusive online video deals featuring well-known talents such as former CBS news anchor Katie Couric and actors Tom Hanks and Jeff Goldblum. Yahoo has also been gearing up to increase its coverage of the Summer Olympics and U.S. presidential election in the fall.

Levinsohn has publicly described Yahoo's audience of more than 700 million users as an "untapped jewel" that should be able to attract more advertising than it has in recent years.

Yahoo's annual revenue has fallen from a peak of $7.2 billion in 2008 to $5 billion last year. Advertisers aren't spending as much money at Yahoo largely because they have been getting better returns at Internet search leader Google and at Facebook, where people have are spending more of their online time. In March, for instance, Web surfers in the U.S. spent an average of six-and-half hours on Facebook compared to four-and-three-quarters hours on Google services and three-and-half hours on Yahoo.

Despite the downturn in revenue, Yahoo has become more profitable by cutting costs under both Bartz and Thompson. After laying off 2,000 workers last month, Thompson had started to identify about 50 Yahoo services that he intended to close or sell. Levinsohn, who was working closely with Thompson, hasn't indicated if he still intends get rid of all those services.

Although Levinsohn has been labeled as interim CEO, Yahoo's board is probably hoping he performs well enough to be appointed the company's permanent leader, said Gayle Mattson, an executive vice president for executive search firm DHR International.

"I am sure the board is auditioning him because to try to bring someone from outside the company right would be a total disaster," Mattson said.

Levinsohn isn't getting a raise with his expanded responsibilities, Yahoo said Monday. His salary as a Yahoo executive vice president in charge of media content and advertising remains at $700,000 salary with an annual bonus of up to $840,000. Yahoo gave Morse, a 25 percent raise that lifted his salary to $750,000 when he was named Yahoo's interim CEO after Bartz's ouster.

Loeb, who runs the Third Point LLC hedge fund, has muscled his way on to a Yahoo board that has undergone a radical makeover. All but three of the directors have been appointed since February. One of the recent appointees, former technology executive Alfred Amoroso, is the new chairman of the board, but Loeb "is clearly calling the shots right now," Schachter said.

Loeb has gained investors' respect with scathing public criticism that eventually pressured Yahoo to get rid of the remaining directors that sat on the board when the company committed perhaps its biggest blunder - a squandered opportunity to sell itself to Microsoft Corp. for $33 per share, or $47.5 billion, per share, four years ago. Yahoo's stock price hasn't traded above $20 since September 2008.

The breakdown in Microsoft negotiations triggered a shareholder mutiny that culminated in billionaire investor Carl Icahn and two of his allies being appointed to Yahoo's board in 2008. Icahn resigned after just 15 months on the board.

Loeb is expected to play a more influential role in the boardroom than Icahn did, particularly in Yahoo's on-again, off-again negotiations to sell part of its roughly 40 percent stake in Alibaba, one of the hottest companies in China's rapidly growing Internet market. Yahoo had been discussing a complex deal with Alibaba that would have avoided incurring a large tax deal, but those talks unraveled shortly after Thompson's hiring.

Thompson had renewed the Alibaba discussions and, last month, expressed some hope that a deal would get done this year.

Signaling Loeb's key role in the Alibaba talks, Yahoo appointed him to the board's strategic planning and transactions committee.

Selling part of the Alibaba stake would be welcomed by Loeb and other major shareholders because it would probably produce a multibillion-dollar windfall. As of March 31, Yahoo estimated its holdings in Alibaba were worth $14 billion. That indicates investors see little remaining value in the rest of Yahoo, which currently has a market value of $19 billion.
Comments