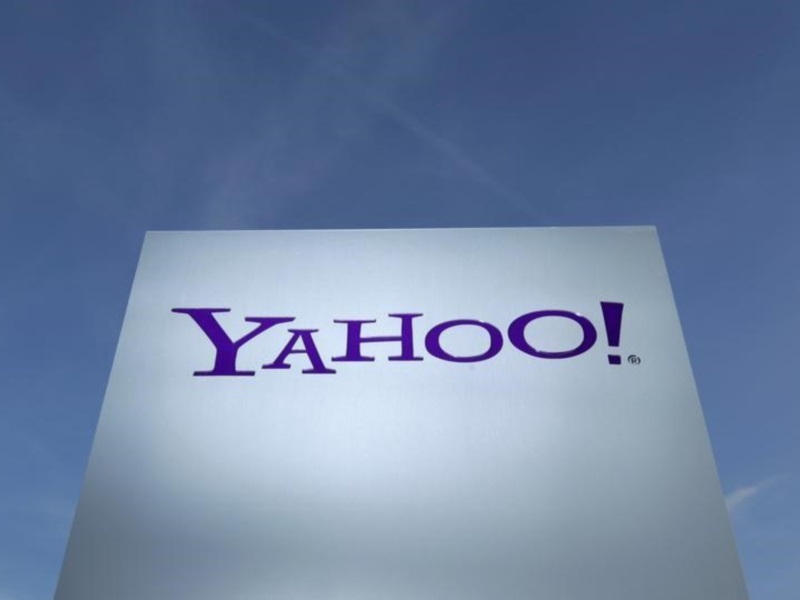 Yahoo flipped its reorganization plan Wednesday, announcing it would keep its stake in China's Alibaba but spin off its core Internet business creating new uncertainties for the struggling tech giant.

The decision marks a U-turn on a previous plan to spin off Yahoo's vast holdings in e-commerce giant Alibaba, which could have exposed it to a huge tax bill.

But the tech firm stuck by its intention to separate out its activities under the new structure, a move that could open the door to a sale of Yahoo's core online operations amid speculation the group may be headed for a break-up.

The company denied this was on the cards as it reaffirmed confidence in chief executive Marissa Mayer's ability to revive its fortunes.

Board chairman Maynard Webb said during a conference call that "there is no determination by the board to sell the company or any part of it," and added that Yahoo is "tremendously undervalued."

Asked on CNBC if the board retains full confidence in Mayer after her three years at the helm, Webb said: "Absolutely... I've never met anybody that works harder, that's smarter, and cares more."

"So we want to help her return this great company to an iconic place where it belongs," Webb said.

When asked if Yahoo would entertain an offer to buy its online operations, Webb told CNBC that Yahoo's board would have a fiduciary duty to consider it. But he told the New York Times that if a bid were to emerge, "it would probably be a lowball offer."

Some reports say there could be interested buyers for some Yahoo assets, and Verizon's top executive this week suggested the telecom giant may be interested in parts of Yahoo that could fit with its newly acquired AOL unit.

'On the right path'
Mayer told a conference call Yahoo is readying a new strategic plan to be unveiled early next year.

"I remain convinced that Yahoo is on the right path," she said.

The plan, expected to sharply cut back some of Yahoo's operations and likely reduce the workforce of some 11,000, would create "greater transparency to ensure that Yahoo's business operations are accurately valued," Mayer said.

Yahoo's market value based on its share price is more than $32 billion (roughly Rs. 2,13,788 crores), but most of that rests on the value of its Alibaba holdings.

Based on its cash holdings and its investment in Yahoo Japan, Yahoo's market value suggests the core operations are worthless or may even have a negative value.

'Still valuable'
Roger Kay, analyst at Endpoint Technologies Associates, said the notion of a negative value for Yahoo's core was an aberration.

"Its ad business is declining but it's still a valuable property and will be for many years," Kay told AFP.

"I think it's the right thing not to sell the core assets. At some point they will shine."

Yahoo's finances have long been skewed by its large Alibaba holdings, but simply selling the stake would lead to a hefty tax bill.

The company approved a proposal earlier this year to create a new holding company for the Alibaba assets, a plan designed to be tax-free for shareholders.

But US tax authorities said they could not guarantee such a plan would not trigger taxes.

Chief financial officer Kenneth Goldman said the new plan was "an operational mirror image of the original proposal," and that it was decided because resolving questions of tax liability "could take years."

Under it, Yahoo's assets and liabilities other than the Alibaba stake would be transferred to a newly formed company, shares of which would be distributed to Yahoo shareholders.

The move does not affect the California company's stake in Yahoo Japan, which is also under review.

Mayer said that Yahoo Japan "is a very important business partner," but that for the moment "the highest priority is the Alibaba equity stake and we're focused on that."

Analyst Kay said the revised plan "means Marissa Mayer is not ready to let go of the core Yahoo assets without a fight."

"I don't know if Marissa Mayer is the right person to lead the company out of the desert but it can be done," Kay told AFP.

Bob O'Donnell of the consultancy Technalysis Research said success was by no means guaranteed.

"This is not the first time they have tried to revitalize the core business, and they have failed," O'Donnell said.

As for Mayer's future, O'Donnell said, "It remains to be seen what kind of magic she can pull out of her hat."