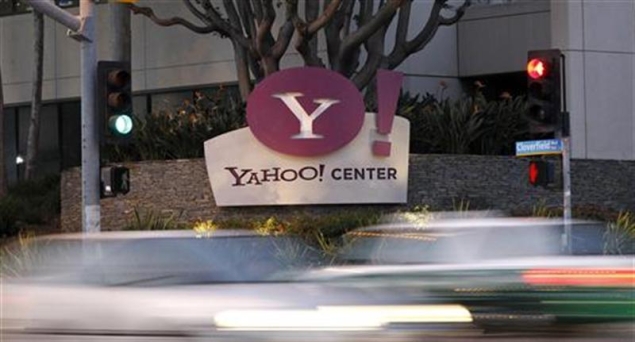 The move comes after the French government blocked Yahoo's effort to take a controlling stake in another leading video-sharing site, Dailymotion.

The report said Yahoo chief executive Marissa Mayer recently met with top executives at Hulu, and that the site's owners have been considering selling it for some months.

It said there had been no formal bid by Yahoo for Hulu, a joint venture of News Corp, Disney and Comcast. But it noted that other possible bidders for all or part of Hulu include Amazon, former News Corp. executive Peter Chernin's media and investment firm, and Guggenheim Partners' digital unit led by former Yahoo interim CEO Ross Levinsohn.

Mayer, who moved from Google to take the reins at Yahoo last year, is believed to be focusing on mobile and video as ways to revive the fortunes of the Internet pioneer.

Yahoo had been in talks to buy a 75 percent stake in Dailymotion, which is controlled by France Telecom through its Internet division Orange.

The French government, which holds a 27 percent stake in France Telecom, had insisted on a 50-50 split, rejecting Yahoo's effort, according to government officials.

Hulu, which has been battling rivals like Netflix in the area of streaming video, generated some $700 million in revenues last year. It has around four million subscribers to its premium video service.

In 2011, Hulu owners said they were opposing a sale despite the reported interest of Apple, Yahoo, Google and Microsoft.