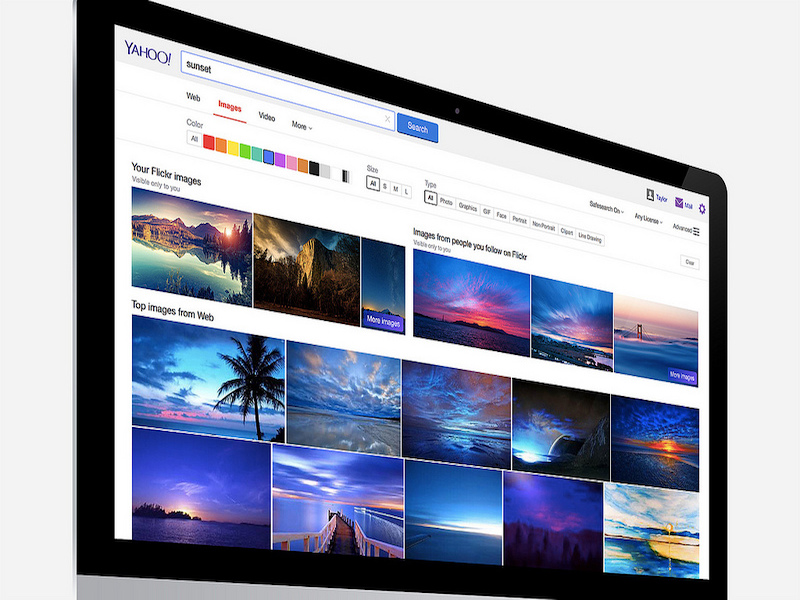 Yahoo will now also look at your Flickr account while catering results for your search queries. The company has announced that users who're signed into their Yahoo account will now see their Flickr images in Yahoo image search results.

The search result will also include a selection of images from people you follow (presumably public personalities) and public photos on Flickr, the company announced last week. "Now, if you're signed in, your search will display personalised results from Flickr, including a selection of your own photos, images from people you follow, and top public photos on Flickr," it wrote in a blog post. The idea is to make your searches more personalised, and throw up related image results from Flickr.

The image revamp is one of the many features and changes the company has introduced to its search engine and Flickr, the image sharing network it owns, in the recent months. Most notably, the company last month inked a deal with Google to get search ads, image search, and algorithmic search for both desktop and mobile.

In July, the company announced that it is bringing back the Pro plan to Flickr. The paid subscription is priced at $5.99 (roughly Rs. 380) per month - or $49.99 per year. With that, users also get a two-percent discount on Adobe Creative Cloud's Photography plan.

Telecom Commission to Discuss Spectrum Cap on Tuesday
Food Tech Has Problems, But Don't Call It a Bubble