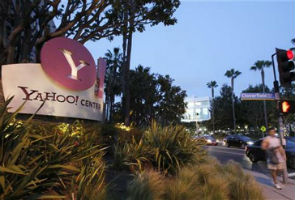 The appointments come as Loeb's hedge fund Third Point, which has a 5.8 percent stake in Yahoo, has sharply criticized the Internet company's strategy and launched a campaign to install four directors at its board.

Yahoo said its board had offered to propose Harry Wilson, one of Third Point's four nominees, and a second person mutually acceptable to both Yahoo and Third Point - outside of its three other nominees - to join the board in order to avoid a proxy fight.

Loeb, who is seeking a board seat for himself, rejected this proposal, according to the Yahoo statement.

"The board believed that there is value in avoiding the cost and distraction that inevitably accompanies a proxy fight, and determined that this proposal was in the best interest of all of its shareholders to avoid that expenditure of resources," Yahoo said in a statement.

While the board remains open to hearing Third Point's ideas, it has determined that appointing Loeb to the board is not in the best interest of the company and its shareholders, Yahoo said.

Third Point said in a statement that it had offered several compromises to strike a deal and avoid a proxy contest.

The consequence of Yahoo's refusal to accept its proposals will be a "time-consuming and distracting proxy contest that the company can ill-afford."

"Since the board has left us with no choice but to take our case directly to our fellow shareholders, Third Point intends to move forward with a proxy contest," the hedge fund said.

The investor has accused Yahoo of being dismissive of its input and described the current board as "sorely in need" of restructuring capabilities and media strategies.

Yahoo's market capitalization currently stands at less than half of the $44.6 billion Microsoft offered for it in 2008, giving Third Point a potentially rich vein of investor discontent to tap.