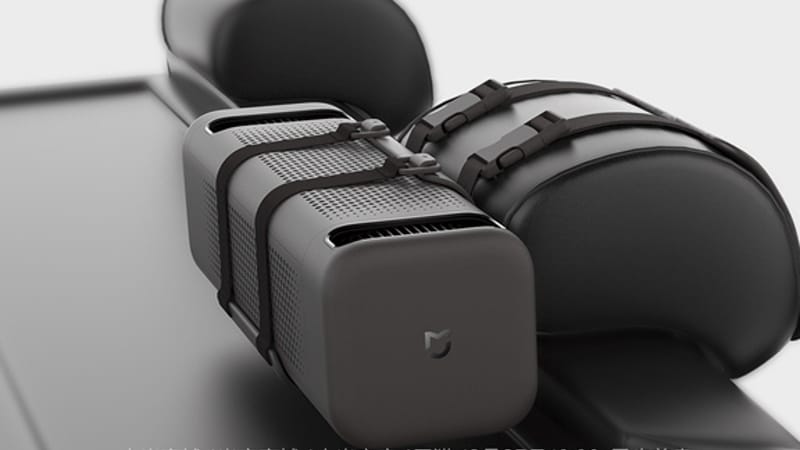 Chinese mobile manufacturer Xiaomi long ago jumped into the business of non-mobile products under its crowdfunding platform Mijia and its Mi Ecosystem sub-brand with manufacturer partners. From electric scooters to rice cookers and jackets, Xiaomi has launched a range of products including air purifiers. Now, the company has launched a new compact air purifier - Mi Car Air Purifier - in China that can be used inside a car. It's priced at CNY 449 (roughly Rs. 4,400) and will hit the Chinese market starting Tuesday, December 27. Alongside, Xiaomi has also introduced a new anti-fog and haze air mask priced at CNY 69 (roughly Rs. 675).

As per a report by Gizchina, the motivation to launch the new compact air purifier according to Xiaomi CEO Lei Jun was the reception of the Mi Air Purifier Pro and Mi Air Purifier 2, which were so portable that Chinese people were carrying them around even in transit. With winters around and a rise pollution in China, people are readily inclining towards using more air cleaning devices. Thus, the Xiaomi CEO directed the company's engineers to come up with something that can be more portable, which led to the idea of Mi Car Air Purifier. Talking about its design, the Mi Car Air Purifier looks somewhat identical to Xiaomi's previous air purifiers, but in a more compact shell.

The Xiaomi Mi Car Air Purifier has a filter for PM2.5 particulate matter, and a CADR (clean air delivery rate) of 60 cubic metres per hour, which is capable of cleaning the average car's air in about 3-7 minutes. It consists of two-wheel mirror fan circulation system that expels clean air in all directions, and comes with a silent mode so that you don't hear noise while on a call inside your car. It also includes a headrest strap that will let you fasten it to the car's headrest. As with its other air purifiers, the new Mi Car Air Purifier can be controlled with the Mi Home app.

In addition to that, Xiaomi has started selling its new anti-pollution air masks that the company claims can remove 99.8 percent of particles. The new anti-fog and haze masks will cost CNY 69 (roughly Rs. 675).

US Companies Want to Play China's Game. They Just Can't Win It.