Xiaomi on Tuesday unveiled its third air purifier, the Mi Air Purifier Pro. Boasting of increased capacity and coverage, it also is the first in the series to sport a display – an OLED one at that. It is priced at CNY 1,499 (roughly Rs. 14,800), and will go on sale from November 11 midnight from the company’s online store in China. At the same time, the newly introduced Mi PM2.5 Detector will go on sale, at CNY 399 (roughly Rs. 3,900).

The highlight feature of the new and significantly larger Mi Air Purifier is the OLED display, which now shows real-time air quality using the PM2.5 concentration scale for particulate matter, alongside temperature and humidity. An LED ring around the display changes colour from green to red based on the air quality, and the company is also touting an auto brightness feature that will adjust to the time of the day. 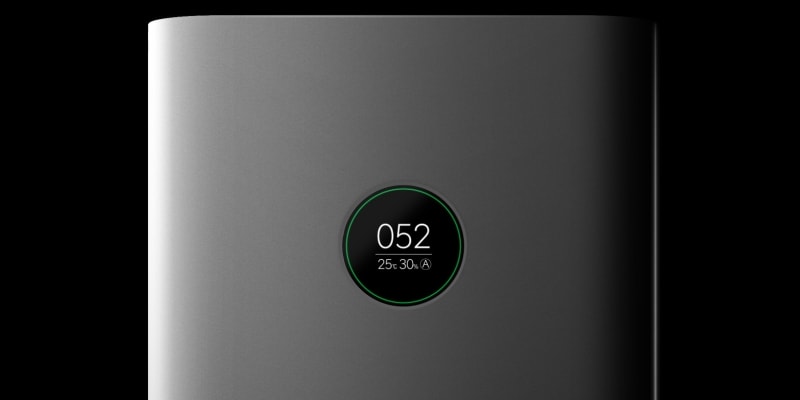 The Mi Air Purifier Pro has a clean air delivery rate (CADR) value of 500 cubic metres an hour, compared to the 310 cubic metres an hour on the smaller model. The company is also touting a laser particle sensor for more accurate detection of air quality, capable of spotting particles as small as 0.3 microns in diameter.

It bears a triple layer 360-degree filter on board, with a PET pre-filter, an EPA filter, and an activated carbon filter. As before, the Mi Air Purifier 2 is Wi-Fi enabled, and can be controlled via the Mi Home app for Android and iOS. The app also lets users also share control with family members, and has three modes of operation - auto, night (sleep), and manual. Users can also set timer, and get reminders to change the filter. As for the Mi PM2.5 Detector, as expected, Xiaomi introduced the air quality monitor on Wednesday. Just like the Mi Air Purifier Pro, it features an OLED display with a colour indicator. The display shows the PM2.5 concentration, and, can also be made to show the time. The display will also adjust brightness according to the time of day.

The tiny, hand-held Mi PM2.5 Detector measures 62x62x37mm, and weighs in at 100 grams. The detector can both be placed at home, and carried around - it has a battery life of 2-3 hours. It is compatible only with the Mi Air Purifier Pro, Mi Air Purifier 2, and Mi Air Purifier. The accessory makes sense to use with the latter two, as they don't feature a display.

Like the Mi Air Purifier Pro, it features an inbuilt laser particle sensor with accuracy up to 0.3 microns. Users can access the Mi PM2.5 Detector via their smartphones as well, using the Mi Home app. The app will show historical data as well.