To recall, the Mi Air Purifier 2 was launched in China back in November last year, and is smaller and more powerful than its predecessor. To give a perspective on pricing, the air purifier had been launched in China at CNY 699 (roughly Rs. 7,100).

The Xiaomi Mi Air Purifier 2 features a triple layer filter (seen below) which needs to be replaced every 6 months approximately, and the replacement has been priced at Rs. 2,499. The triple layer filter is fitted in a cylindrical shape for 360-degree filtering, and features a PET pre-filter, an EPA filter, and an activated carbon filter.

The Mi Air Purifier 2 is controlled via the Mi Home app, which is available for both Android and iOS. Apart from remote access to the Wi-Fi connected air purifier, the app lets users also share control with other users - such as family members. 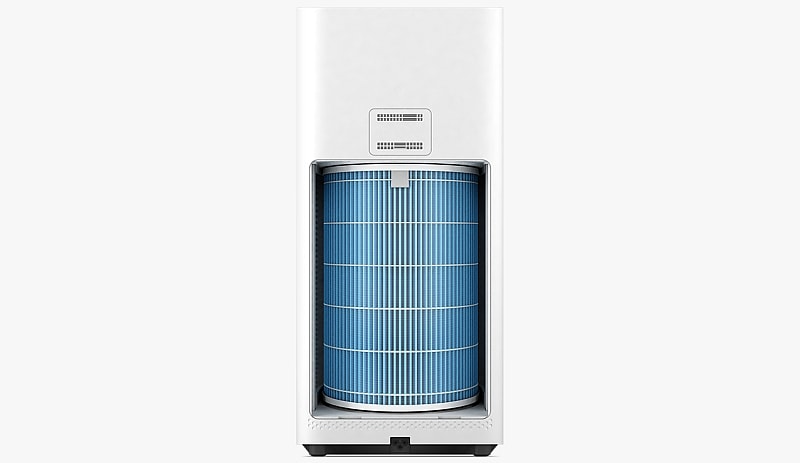 The air purifier has three modes of operation - auto, night (sleep), and manual. The Mi Home app also provides real time air quality monitoring for the home, and includes statistics like humidity and temperature, apart from regulating fan speed. Users can also set timer schedules for the Mi Air Purifier 2 via the app. The app also provides reminders to change the filter.

The Mi Air Purifier 2 measures in at 520x240x240mm, and weighs 4.8kg including the filter. It has a clean air deliver rate (CADR) of 310 cubic metres an hour, and supports Wi-Fi 802.11 b/g/n connectivity. The company is touting the quietness of the air purifier as well, with the device producing 30dB of noise in night mode.

The company has also updated the MIUI 8 Weather app - it is currently available in beta, but will be rolling out in a few weeks to MIUI 8 users. The Weather app now includes real time air quality index (AQI) data for India.