With Stock, Adobe Wants to Have Thinkstock's Lunch 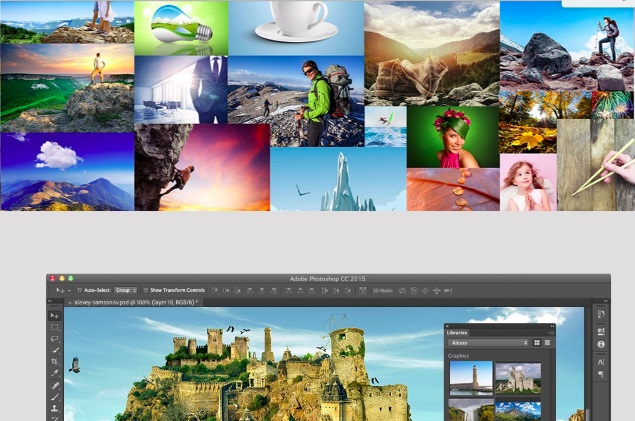 Adobe of Tuesday announced the launch of Adobe Stock, a new service that aims to provide Creative Cloud customers and other users convenient access to stock images and photographs.

Boasting a catalog of over 40 million images, Adobe Stock will compete directly with the likes of Thinkstock - that also includes access to the catalog of Getty Images and iStock - and Shutterstock, in a market that Adobe estimates is worth over $3 billion (roughly Rs. 19,257 crores) per year. Adobe says 85 percent of the users of services like Thinkstock and Shutterstock customers are already Creative Cloud users, and it is hoping tight integration within apps like Photoshop, InDesign, and Illustrator will convince them to use Adobe Stock over competing services.

"Adobe Stock extends Creative Cloud's value as a vibrant global marketplace," said David Wadhwani, Senior Vice President, Digital Media, Adobe. "Eighty-five percent of customers who purchase stock images use Adobe creative tools. The deep integration with our latest Creative Cloud desktop apps, including Photoshop and InDesign, makes buying and using stock photos incredibly easy. At the same time, our customers - the best photographers and designers on the planet - will have the opportunity to contribute millions of new photos and images to Adobe Stock. This is really going to raise the bar in the world of stock content."

Adobe is also encouraging photographers and artists to submit their own creations to Stock, where it says creators can earn an "industry leading" 33 percent of an image's selling price. While deep integration into popular Adobe apps is obviously they key feature, the service is also available to non-Creative Cloud customers via the Web.

Adobe Stock is now available via Creative Cloud in 36 countries, with plans to expand to India later in the year. Users in regions where the integration is not live can of course directly visit the Adobe Stock website.