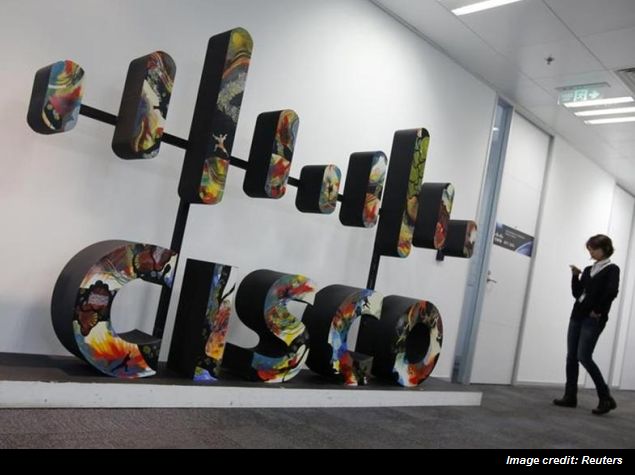 Cisco Systems may be doing a little better than Wall Street expects, considering its technology and sales challenges. But that does not mean the company will avoid layoffs in the coming months.

On Wednesday, Cisco released fourth-quarter earnings that illustrated its troubles as one of the tech industry's giants competing in a rapidly changing environment. In a conference call with investors and analysts, Cisco executives said the company planned to cut up to 6,000 jobs, or 8 percent of its workforce, in the coming months. They offered no specific timeline for the cuts.

Long the dominant player in hardware that ships the world's digital information around and between computer centers, Cisco faces challenges from younger companies that, while far from toppling the company from its perch as one of tech's bellwethers, have made it harder for it to command the profit margins it once did. Fourth-quarter revenues, Cisco said, were $12.36 billion, down from $12.42 billion in the same quarter a year ago. Net income was $2.25 billion, or 43 cents a share, down from $2.27 billion a year ago.

Using nonstandard accounting common to many tech companies, Cisco had fourth-quarter net income of $2.8 billion, or 55 cents a share.

The results from the quarter were slightly higher than the $12.14 billion in revenue, and per-share earnings of 53 cents, projected by a survey of analysts by Thomson Reuters.

John Chambers, Cisco's chief executive, was a star salesman at IBM early in his career. He has long sought to move Cisco toward the kind of software and business consulting that saved IBM when its computer hardware business stumbled in the early 1990s. In Cisco's case, the goal is to sell governments and companies on developing new kinds of large, sensor-rich networks.

But while this direction holds promise, it has yielded relatively little business. Cisco has also been pushing something called an "Intercloud," a kind of high-performance series of cloud computing systems. "Cloud is an area where we are making significant investments to fuel our future growth," Chambers said in the call, adding that significant earnings from this were still some time off.

For its recent fiscal year, which ended July 26, Cisco's revenue was $47.14 billion, down 3 percent. Net income was $7.85 billion, down 21 percent. Cisco has recently repurchased many shares, so per-share income for the year of $1.49 was down by 20 percent.

The price of Cisco shares fell about 1.4 percent in after-hours trading.

"We are executing well in a tough environment," Chambers said in a statement. The company's business focus, he said, is in areas like "security, data center, software, cloud and Internet of everything," or sensor-rich networks. All of these areas are growing quickly, and tend to be highly profitable.

While business in emerging markets and with traditional communications service providers continues to be weak, he said, growth in new areas such as advanced computer servers for data centers was encouraging.