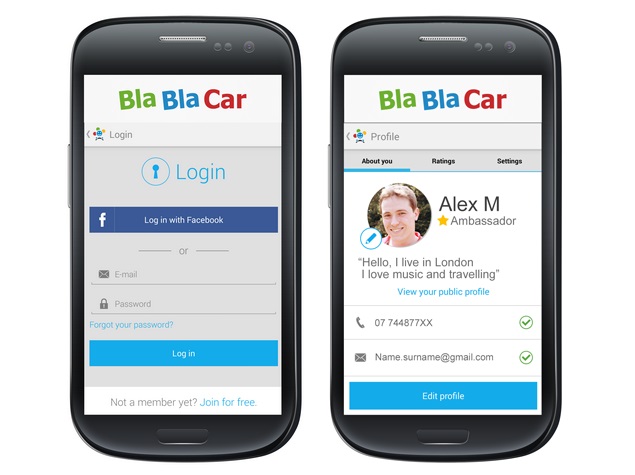 A fast-growing French firm is making a name across Europe for its inter-city ride-sharing service, drawing big funding from venture backers while showing a drive to go global that is all too rare among European start-ups.

Called BlaBlaCar, a play on how much chatter drivers and passengers can put up with on long-haul journeys, the service has wooed nearly 12 million members across 13 countries in three years of expansion, or more than 2 million travellers a month.

The online company is a pioneer in connecting drivers with passengers to cover the costs of long-distance trips.

To spur demand in new markets, it pays drivers a set amount per passenger to help them cover the costs of inter-city trips, say 16 pounds ($25) for a 200-mile trip from London to Manchester, or Paris to Luxembourg.

"If you create value, at some point you will be able to extract value," said Nicolas Brusson, BlaBlaCar's chief operating officer.

In July, BlaBlaCar raised $100 million (80 million euros) in funding to begin connecting cities globally, before potential copycats can beat them to it. The latest investment round was led by Index Ventures and joined by existing investors Accel Partners, ISAI and Lead Edge Capital.

Next year, it aims to expand beyond Europe, Brusson said: "We are looking very seriously at India. It is very exciting for all kinds of reasons. We are looking at Latin America very actively. That will keep us busy for a big chunk of 2015."

BlaBlaCar charges passengers in only two countries so far - its home market of France and in Spain. If it charged passengers in all 13 of its existing markets from Britain to Russia to Turkey, gross merchandise value would amount to more than $500 million this year alone, Brusson said.

But BlaBlaCar actively discourages drivers from looking to turn a profit, because this could subject them to stricter regulation under rules for professional drivers, Brusson said.

That go-slow approach contrasts sharply with U.S.-based ride-sharing service Uber.com, which has adopted a take-no-prisoners attitude to entering markets across Europe.

Unlike BlaBlaCar and its long-haul trips, Uber focuses on local journeys and has been met with mounting opposition from the taxi industry, city regulators and local judges. Uber introduced a local car-pooling service in Paris on Thursday.