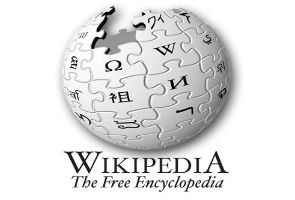 Highlights
Wikipedia plans to go dark on Wednesday and Google and other websites are also planning protests to voice their concern over legislation in the US Congress intended to crack down on online piracy.

Wikipedia will shut down the English version of the online encyclopedia for 24 hours to protest the Stop Online Piracy Act (SOPA) introduced in the House of Representatives and the Senate version, the Protect IP Act (PIPA).

Google plans to use its much-visited US home page to draw attention to the bills while social news site reddit and the popular Cheezburger humor network plan to join Wikipedia in blacking out their sites.

The draft legislation has won the backing of Hollywood, the music industry, the Business Software Alliance, the National Association of Manufacturers and the US Chamber of Commerce.

But it has come under fire from digital rights and free speech organizations for allegedly paving the way for US authorities to shut down websites accused of online piracy, including foreign sites, without due process and threatening the technical architecture of the Internet.

The founders of Google, Twitter, Wikipedia, Yahoo! and other Internet giants said in an open letter last month the legislation would give the US government "the power to censor the Web using techniques similar to those used by China, Malaysia and Iran."

"Like many businesses, entrepreneurs and Web users, we oppose these bills because there are smart, targeted ways to shut down foreign rogue websites without asking American companies to censor the Internet," a Google spokesman said Tuesday.

"So tomorrow we will be joining many other tech companies to highlight this issue on our US home page," the spokesman for the Internet search giant said.

"We wouldn't do this if we didn't believe this legislation and the forces behind it were a serious threat to reddit and the Internet as we know it," reddit said. "The freedom, innovation, and economic opportunity that the Internet enables is in jeopardy."

Ben Huh, the founder of Cheezburger network, said on his Twitter feed that his 58 sites, which include icanhascheezburger.com, FAIL Blog and The Daily What, will observe a blackout on Wednesday.

Wikipedia founder Jimmy Wales announced plans to shut down the site from 0500 GMT in a message on his Twitter feed.

"This is going to be wow. I hope Wikipedia will melt phone systems in Washington on Wednesday. Tell everyone you know!" he said.

The White House expressed concern about the anti-online piracy bills in a statement over the weekend.

"While we believe that online piracy by foreign websites is a serious problem that requires a serious legislative response, we will not support legislation that reduces freedom of expression, increases cybersecurity risk, or undermines the dynamic, innovative global Internet," it said.

"Any effort to combat online piracy must guard against the risk of online censorship of lawful activity and must not inhibit innovation by our dynamic businesses large and small," the White House said.

"Politicians all the same," Murdoch said on his Twitter feed.
Comments