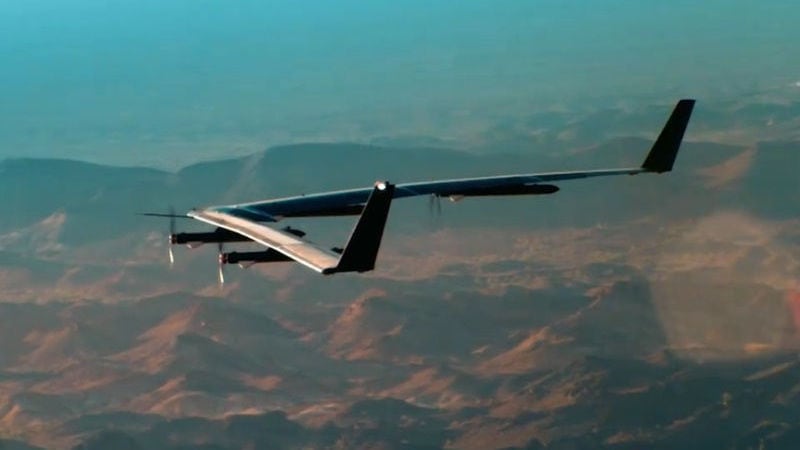 The wing on Facebook's experimental high-altitude drone broke last summer in Arizona after the massive aircraft hit an updraft and its autopilot overcompensated seconds before touchdown on its maiden flight, a US investigation has concluded.

The end section of the right wing snapped off as the plane's computerized flight controls made abrupt maneuvers to keep it on course, breaking the carbon-fiber structure, the National Transportation Safety Board said in conclusions posted online Friday.

There were no injuries or damage other than to the drone.

The aircraft - which has the wingspan of a Boeing 737 - is designed to linger for months at high altitudes and beam the Internet to undeveloped regions around the world. In spite of the crash landing, it performed well and the flight was considered a success, Yael Maguire, head of Facebook's Connectivity Lab, said in an interview.

"I see it as more of a success that this structural failure happened," Maguire said. The accident revealed a flaw in the autopilot that the team has since repaired and should be sufficient to prevent future failures, Maguire said.

The accident highlights the risks that technology companies face when branching out into developing complex machines such as highly regulated aircraft. While software glitches can be discovered and fixed during private testing, US regulations require a public NTSB investigation after a drone accident.

The plane is known as Aquila and is part of Facebook's plan to wirelessly connect the world. It crashed on June 28 at a test site near Yuma, Arizona.

Bloomberg News reported on November 21 that the NTSB had opened an investigation. Even though Facebook said in a July 21 blog post that the plane had had an unspecified structural failure, details of the incident weren't released.

The company didn't believe it could disclose information about the investigation because of NTSB rules limiting what companies participating in a probe can say, Maguire said.

It's powered by four electric engines and can stay aloft with just the energy needed to power three hair dryers, according to the company. The initial test model used battery power only, but it will eventually be powered by solar panels. It should be able to circle over a location for months at a time, beaming Internet signals to users in remote areas without infrastructure, according to Facebook.