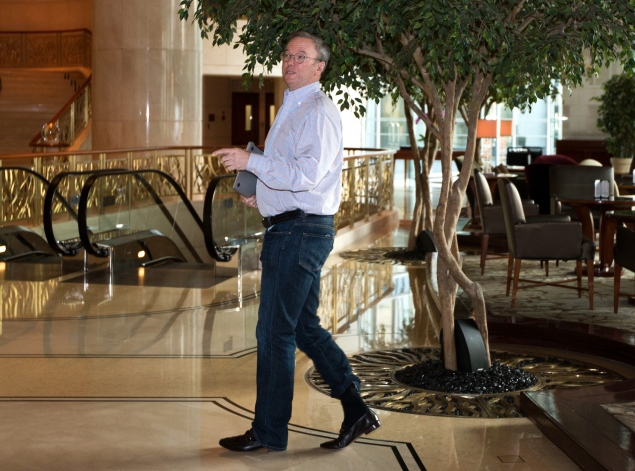 For years Myanmar's paranoid junta blocked websites such as Gmail and YouTube. However, when Google chairman Eric Schmidt visits this week, he will find a small but flourishing Internet community.

Long cut off from the rest of the world by sanctions and repressive laws imposed by the generals who ruled it for decades, Myanmar still has poor Internet penetration and connections are painfully slow.

But those who do manage to surf the net have witnessed a dramatic transformation, with once-blocked exile media websites such as the Democratic Voice of Burma now accessible along with social networking sites, which have become wildly popular, particularly among young Burmese.

In stark contrast to the past, nowadays almost all websites are freely available, said Ye Min Oo, 28, a technician at an Internet cafe in Yangon.

"Even governmental officials use Gmail," he said.

In another sign of the rapid changes afoot, Schmidt will speak at a Yangon technology park on Friday as part of a tour of Asia, according to Google, following a controversial trip to communist North Korea in January.

His visit to Myanmar aims "to connect with local partners and Googlers who are working to improve the lives of many millions of people across the region by helping them get online and access the world's information for the first time", a company statement said.

It gave few other details of his trip, such as potential talks with senior members of the reformist regime that took office two years ago.

"There is much more freedom than before in Myanmar but some things are still blocked," said Internet cafe owner Hein Htet Aung.

"Google's visit will be good for everyone. I think most of the new generation in the field of IT will get more opportunities."

A report published by international media watchdog Reporters Without Borders in December said that Internet cafe owners were no longer getting police visits and did not need to keep logs of the computers used by clients.

"Draconian regulations" such as a ban on external flash drives were still officially in place but no longer enforced, and people were increasingly free to surf the Internet in public places, it added.

It also noted, however, that repressive laws under which journalists, bloggers and dissidents were previously jailed had yet to be dismantled.

They include the Electronic Transaction Law, which makes using the Internet or digital technology to carry out or support anti-government activities punishable by up to 15 years in prison.

Myanmar's old military rulers had a history of interfering with the Internet and web users in the country formerly known as Burma were in the past forced to use proxy servers to skirt website bans.

During monk-led protests in 2007, Myanmar's citizens used the web to leak extensive accounts and video to the outside world, prompting the regime to tighten its control of the Internet.

Under the former regime connections were slowed down on politically significant dates, such as the August 8 anniversary of a mass political uprising in 1988.

But in September 2011 foreign media including the Burmese-language version of the BBC and the Norway-based Democratic Voice of Burma were suddenly made freely available online.

The reforms have been accompanied by startling changes in traditional media, with the end last year of pre-publication censorship that was a hallmark of decades of military rule.

Myanmar is one of Asia's last untapped technology markets, with overseas companies keen to sell everything from mobile phones to laptops to its people.

Myanmar's budding web users include democracy icon Aung San Suu Kyi, who in 2011 finally had Internet access installed at home following seven straight years of house arrest during which she had no online or telephone connection.

After her release the Nobel Peace Prize winner excited her fans by expressing an interest in using Twitter, but she has since said she is too busy to tweet.