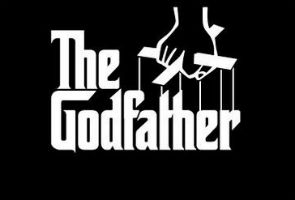 Highlights
Was it a loss leader? A case of, if you can't beat the pirates, join 'em? Or just a mistake? As it turned out, it was apparently the likeliest of Internet phenomena: a prank.

We've grown more and more accustomed to finding feature-length movies available for online streaming at little or no cost, but it was still a little surprising to find "The Godfather" on YouTube -- the full movie, with no commercials (if you don't count pop-ups), in one piece. It had been uploaded within the last 24 hours on what appeared to be the YouTube channel of Sony Pictures UK, which was otherwise home of an assortment of trailers for pictures like "Colombiana" and the "Straw Dogs" remake. But sometime in the hour after this post was first published, and after about 310 views of the video (you have to wonder how many of those viewers stayed for the full 2-hour-57-minute running time), the movie was taken down and the YouTube channel disabled.

"This video is no longer available because the YouTube account associated with this video has been terminated," said an error message. Another Sony Pictures UK link read: "This account has been suspended due to a violation of YouTube's policy prohibiting content designed to impersonate another person or user."

A few hours later, a Sony Pictures spokesman e-mailed a statement that read, in part: "The YouTube handle in question is, in fact, not a Sony Pictures account and is in violation of Sony Pictures' rights. Upon discovering the existence of this fraudulent account, Sony Pictures Entertainment worked with YouTube and the account was deactivated. Sony Pictures is investigating the violation."

It was curious to begin with. Watching a legitimate candidate for the title of best movie ever on your computer, particularly one with the intensely operatic and painterly qualities Francis Ford Coppola gave "The Godfather," brings to the surface every qualm you've ever had about the violence online streaming does to the filmmaker's art. With any luck, you would be able to watch such films on a YouTube-equipped monster flat-panel television. Otherwise, you can still get some sense of the emotional wallop and commanding performances of a great gangster saga like "The Godfather" through your laptop or iPad screen, while it remained available on YouTube. It was, you'll pardon the expression, an offer that's hard to refuse.
Comments