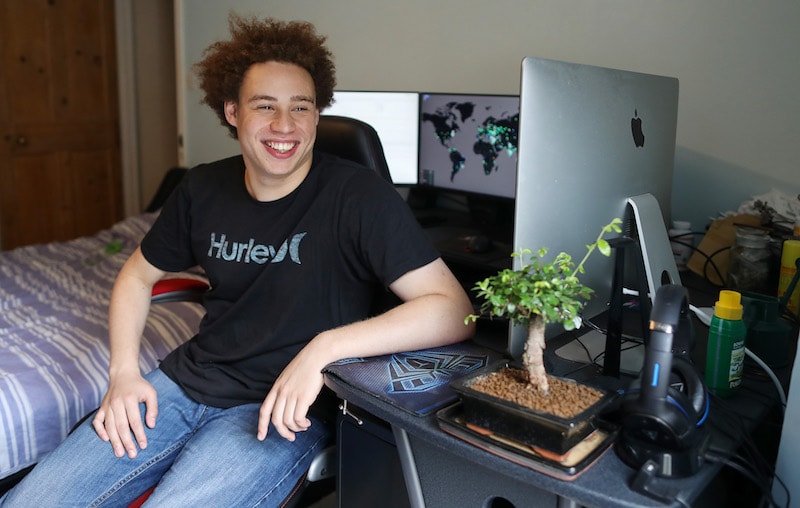 A US judge in Las Vegas set a $30,000 bail on Friday for a well-known British cyber-security researcher accused of advertising and selling malicious code used to pilfer banking and credit card information.

Marcus Hutchins, 23, gained celebrity status within the hacker community in May when he was credited with neutralising the global WannaCry ransomware attack.

His attorney, Adrian Lobo, told reporters Hutchins would not be released on Friday because the clerk's office for the court closed 30 minutes after his hearing concluded, leaving his defence team not enough time to post the bail.

Lobo told a local NBC affiliate that Hutchins would be released on Monday and that she expected him to be on a flight on Tuesday to Wisconsin, where a six-count indictment against him was filed in US District Court. He was receiving support from a "variety of sources" around the world to post his bail, she said.

Judge Nancy Koppe dismissed a federal prosecutor's claim that Hutchins was a flight risk, though she did order him to surrender his passport. If released, Hutchins would be barred from computer use or Internet access.

Hutchins, also known online as MalwareTech, was indicted along with an unnamed co-defendant on July 12. The case remained under seal until Thursday, a day after his arrest in Las Vegas, where he and tens of thousands of others flocked for the annual Black Hat and Def Con security conventions.

Hutchins allegedly advertised, distributed and profited from malware code known as "Kronos" between July 2014 and 2015, according to the indictment. If downloaded from email attachments, Kronos left victims' systems vulnerable to theft of banking and credit card credentials, which could have been used to siphon money from bank accounts.

He achieved overnight fame in May when he was credited with detecting a "kill switch" that effectively disabled the WannaCry worm, which infected hundreds of thousands of computers in May and caused disruptions at car factories, hospitals, shops and schools in more than 150 countries.

Hutchins was "doing well, considering what's gone on," Lobo, told reporters. She said Hutchins never expected to be in his current situation and that she did not know the identity of his co-defendant.

News of Hutchins' arrest on Wednesday shocked other researchers, many of whom rallied to his defence and said they did not believe he had ever engaged in cyber crime.

TRAI Calls on Speed Test Apps to Understand Their Methodologies