Shops selling virtual friends and partners can be found on Chinese messaging app WeChat or on an e-commerce site like Taobao. 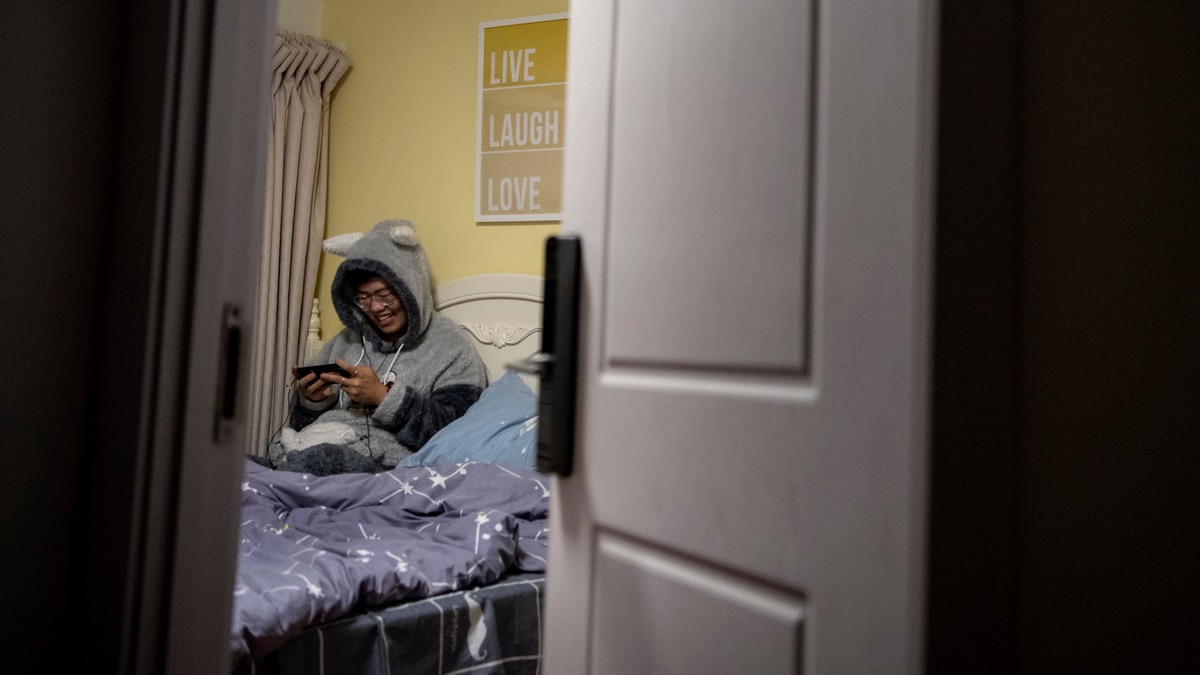 Chinese teen Robin spends hours online chatting to her man, who always has a sympathetic ear for her problems - as long as she's willing to pay him. The 19-year-old pre-medical student has spent more than CNY 1,000 ($150) speaking to "virtual boyfriends". These aren't seedy sex-chat lines but men who charge for friendly and flirty online communication, from wake-up calls to lengthy text exchanges and video conversations.

"If someone is willing to keep me company and chat, I'm pretty willing to spend money," said Robin, who didn't want to give her real name.

The option for intimacy on-demand has gained popularity among China's middle-income young women, who are often focused on careers with no immediate plans to marry and start a family.

Shops selling virtual friends and partners can be found on Chinese messaging app WeChat or on an e-commerce site like Taobao.

Several virtual boyfriends told AFP that most of their customers are single women in their twenties with disposable income.

By day, 22-year-old Zhuansun Xu is a foreign exchange trader in Beijing. By night, he chats with female clients who pay him to be their "boyfriend", something he has done for the past year.

Girls come to Zhuansun with different needs -– some want friendly advice, while others have more romantic requests.

"While we're interacting, I tell myself: I really am her boyfriend, so how can I treat her well?" he told AFP.

"But after we're done, I'll stop thinking this way."

'Feelings of love'
Prices start from a few yuan for half an hour of texting, to a few thousand yuan to keep a companion on retainer for phone calls throughout a month.

"People have figured out how to commodify affection," said Chris K.K. Tan, an associate professor at Nanjing University who has researched the phenomenon.

"This is a new mode of womanhood that is unprecedented in China," Tan said.

Pursuing romance had not been available to many Chinese women in the past.

Sandy To, a sociologist at the University of Hong Kong, said marriage had traditionally been a "must" in patriarchal Chinese society.

But Tan says that the one-child policy -- which came into force in 1979 and limited the size of most families -- has created "a generation of self-confident and resourceful women."

A preference for boys meant a generation of sex-selective abortions and abandoned baby girls, and in 2018, China still had the world's most skewed gender ratio at 114 boys born for every 100 girls.

For many women, the policy changed their family dynamics.

Parents of the female children "raised them as sons", says Roseann Lake, author of a book on China's unmarried women.

"All of those things that traditionally you needed to find in a man -- a house, financial security -- they were raised with it," she says.

Lisa, a 28-year-old executive in Shanghai, has hired virtual boyfriends to act out romantic scenarios through text messaging.

"Of course, there were feelings of love, in letting myself feel like I was being loved," she said, preferring not to use her real name.

"Because I was just buying a service, I don't feel any guilt towards real people."

Emotional fulfilment
In the World Economic Forum's 2018 global gender gap report, China ranks 103 out of 149 countries on the overall disparity between men and women.

However, that climbs to 86 when ranked solely for economic participation and opportunity.

As their economic situation improves, fewer women are choosing to get married.

China's marriage rate -- the number of marriages per year -- has been in decline over the last five years. Last year it reached 7.2 per 1,000 people, according to the National Bureau of Statistics.

Once their basic needs are guaranteed, more women are looking to satisfy their need for "emotional and self-fulfilment," says Lake.

Although they are materially better off, the lives of many young urban women are "isolating", says Tan.

Most have spent their teenage years studying for the country's rigorous university entrance exams, at the cost of developing relationships outside of school.

Buying virtual boyfriends "is their chance to experiment with love and relationships," he says.

For Robin and Lisa, virtual companions are appealing because the relationship was convenient.

"If I have serious psychological stress, this could make some people think I'm being fussy," said Robin.

"But because I'm giving (the virtual companions) money, they have to reassure me."