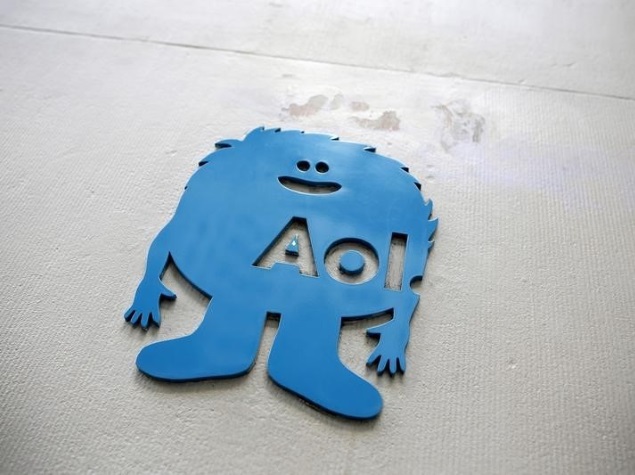 AOL shares traded as high as $50.70 before the opening bell on Tuesday. Verizon shares were down about 1 percent at $49.32.

The deal, which includes about $300 million (roughly Rs. 1,926 crores) of AOL debt, will take the form of a tender offer followed by a merger, with AOL becoming a wholly owned subsidiary of Verizon.

Verizon said it expects to fund the transaction from cash on hand and debt.

Tim Armstrong, who has spearheaded AOL's transformation into one of the most successful advertising technology companies, will continue to lead the company after the sale.

"When you look at where we are today and where we are going, we have made AOL as big as it can possibly be in today's landscape," Armstrong told CNBC.

"..There is no better partner for us to go forward with than Verizon," he said.

Activist-investor Starboard Value LP had urged Yahoo Inc to consider a merger with AOL, whose businesses include the TechCrunch blog.

AOL reported a 7.2 percent rise in first-quarter revenue to $625.1 million, boosted by demand for its real-time bidding platform that helps advertisers place video and display ads on other digital properties.

AOL was a technology behemoth in 2000 when it bought Time Warner for more than $160 billion. That deal became a disaster and AOL was spun off from Time Warner in 2009 and was listed on the New York Stock Exchange at a value of $3.4 billion.

Verizon has been spending aggressively to expand its business. In February it bought licenses worth $10.4 billion in a government sale of wireless airwaves for mobile data.

Up to Monday's close, AOL's shares had gained 12 percent and Verizon's 3.4 percent in the past 12 months.