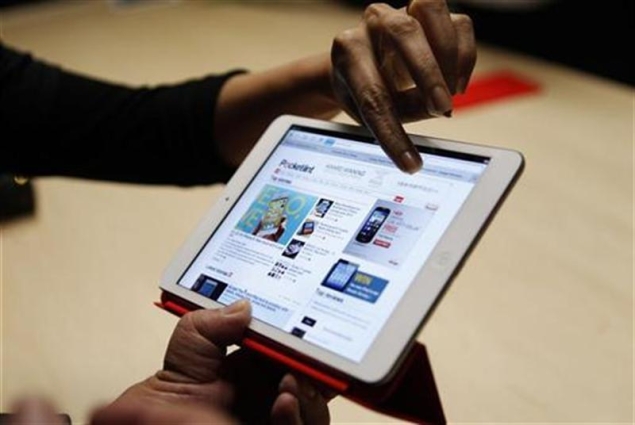 Apple Inc deserves a five-year ban from entering anti-competitive ebook distribution contracts and should end its business arrangements with five major publishers with which it conspired to raise ebook prices, federal and state regulators said on Friday.

The U.S. Department of Justice and 33 U.S. states and territories proposed those changes after U.S. District Judge Denise Cote in Manhattan last month found in a civil antitrust case that Apple played a "central role" in a conspiracy with the publishers to raise ebook prices.

Regulators also want Apple for two years to let retailers such as Amazon.com Inc and Barnes & Noble Inc provide links to make it easier for consumers to compare prices.

They also want Apple to use an outside monitor to ensure that its internal antitrust compliance policies are strong enough to catch illegal conduct before consumers are harmed. The proposed changes require Cote's approval.

"Under the department's proposed order, Apple's illegal conduct will cease, and Apple and its senior executives will be prevented from conspiring to thwart competition," said Bill Baer, head of the Justice Department's antitrust division.

Apple did not immediately respond to requests for comment. It has said it did not conspire to fix ebook prices and that it planned to appeal Cote's decision.

Regulators accused Apple of conspiring to undercut Amazon.com's ebook dominance, causing some prices to rise to $12.99 or $14.99 from the $9.99 that Amazon.com was charging.

They said the alleged collusion had begun in late 2009 and continued into early 2010, as Cupertino, California-based Apple was launching its popular iPad tablet.

Only Apple went to trial, while the publishers agreed to pay more than $166 million for the benefit of consumers.

A hearing to discuss remedies is scheduled for August 9. Cote has said she also plans to hold a trial on damages.