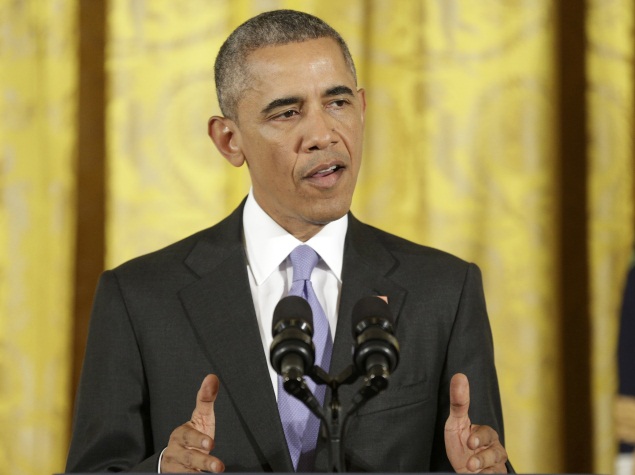 Under ConnectHome, the public, private and nonprofit sectors have pledged to work together to provide high-speed connections and digital devices to more families at lower cost.

More than 90 percent of households headed by a college graduate have Internet access, Obama said. But fewer than half of low-income households have similar access.

In this day and age, Obama said the "digital divide" puts these individuals at a disadvantage by limiting their educational and economic opportunities because the Internet is increasingly needed to find a job, finish homework or keep in touch with family and friends.

"In this digital age, when you can apply for a job, take a course, pay your bills ... with a tap of your phone, the Internet is not a luxury. It's a necessity," Obama said in Durant, Oklahoma, on the first day of a two-day visit to the state.

"You cannot connect with today's economy without having access to the Internet," he said.

ConnectHome is similar to ConnectEd, a federal program that Obama said is on track to wire 99 percent of K-12 classrooms and libraries with high-speed Internet by the end of 2017.

The Choctaw Nation was also among the administration's first "Promise Zones," a designation that makes it eligible for tax incentives and grants to help fight poverty.

The only federal money expected to be spent on ConnectHome is a $50,000 (roughly Rs. 31,75,000) Agriculture Department grant to the Choctaw Nation, officials said.

Obama was spending the night in Oklahoma and on Thursday continuing a weeklong focus on making the criminal justice system fairer.

He planned to meet Thursday with law enforcement officials and inmates during a historic tour of the El Reno Federal Correctional Institution, a medium-security facility west of Oklahoma City that holds about 1,300 male offenders. "I will be the first sitting president to visit a federal prison," Obama said in a speech Tuesday to the NAACP meeting in Philadelphia.