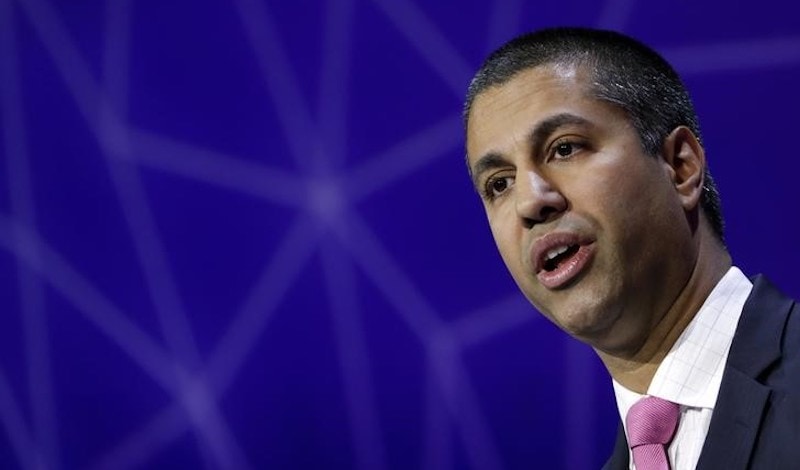 The 2015 rules prevented broadband providers from giving or selling speedy or so-called fastlane access to some Internet services over others.

Pai, a Republican appointed by President Donald Trump, opposes the rules approved by the FCC which gave the agency strong legal control over broadband providers, treating them much like utilities.

FCC Commissioner Mignon Clyburn, a Democrat, said if the reports are accurate "we are gearing up for a battle that could eviscerate the widely supported open Internet protections."

The rules "were built on a record of more than four million comments, and demonstrated that a free and open internet is at the very heart of our American democracy," she added.

Chris Lewis, vice president at Public Knowledge said Pai could "give dominant cable and telecommunications companies what their DC lobbyists have dreamed of for years: voluntary net neutrality 'rules' where consumer protection is no more than 'trust your cable or internet provider.'"

Pai wants to introduce new regulations under which Internet providers like AT&T Inc, Comcast Corp and Verizon would voluntarily agree in their terms of service to not obstruct or slow consumer access to web content. The move would allow the Federal Trade Commission to enforce compliance with the new rules.

Internet providers do not oppose net neutrality principles, but opposed the decision to reclassify Internet service under a law that subjects them to potential utility style regulation.

Pai is expected to unveil his proposal as early as April 27, with an initial vote planned for either May or June, sources told Reuters. The proposal would be open for public comment before the FCC could finalize it.

The Internet Association, the trade group that represents major Internet companies like Alphabet Inc, Facebook, Netflix and Microsoft, and strongly supports net neutrality, will meet with Pai on Tuesday, a person briefed on the matter said. The group declined to comment.