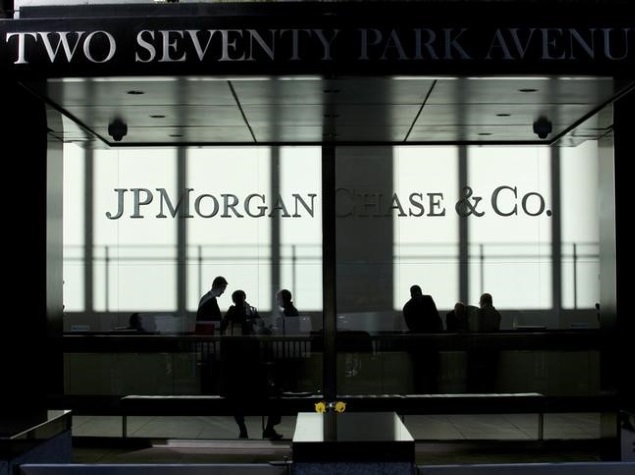 US and Israeli authorities arrested four people in Israel and Florida on Tuesday in connection with several fraud schemes tied to last summer's massive data breach at JPMorgan Chase & Co , according to news reports.

The hacking of JPMorgan's computers compromised information in 83 million household and small business accounts, making it one of the largest such breaches in history.

Federal prosecutors in New York confirmed the four arrests but did not mention the breach, and charging documents unsealed on Tuesday did not refer to the hack. Bloomberg was the first news outlet to report the connection.

The New York Times reported that federal authorities had identified some of the JPMorgan hackers because the attack was relatively unsophisticated but authorities were unable to collect enough evidence to charge anyone with the breach itself.

Investigators then turned to other activities in which the hackers were involved, leading to the charges unsealed on Tuesday, the Times reported.

In one indictment, US authorities accused three men of engaging in a stock manipulation scheme involving US penny stocks.

Gery Shalon, 31, and Ziv Orenstein, 40, are Israeli nationals who were arrested on Tuesday at their homes in Israel, US prosecutors said. Joshua Samuel Aaron, 31, is a US citizen who resides in Moscow and Tel Aviv and remains at large, authorities said.

When initially asked about Tuesday's case, an Israeli police spokesman referred to three arrests made last week in a separate, unrelated cybercrime case pursued by US investigators.

An Israeli police spokeswoman subsequently confirmed Tuesday's arrests but did not comment on any possible tie to the JPMorgan breach. She said the Federal Bureau of Investigation had asked that Shalon and Orenstein be held to begin extradition proceedings and also requested permission to interrogate them in Israel.

The two men are expected in court on Wednesday.

The two men were also arrested on Tuesday in Florida and were expected to appear in federal court there later in the day.

A spokesman for Manhattan U.S. Attorney Preet Bharara, whose office brought the charges, did not respond to requests for comment. A JPMorgan spokeswoman declined to comment on the arrests.

According to the indictment, Shalon, Aaron and Orenstein worked with two unnamed stock promoters, one from New Jersey and one from Florida, to run a "pump-and-dump" scheme. The defendants would acquire shares in thinly traded companies, send millions of spam emails inducing investors to buy the stocks in order to drive up the price, and then sell off their holdings.

The U.S. Securities and Exchange Commission filed a parallel civil action against Shalon, Aaron and Orenstein.

Murgio and Lebedev were accused of operating Coin.mx, a bitcoin exchange that was used to facilitate criminal activity including cyber-attacks. Between October 2013 and January 2015, the site processed at least $1.8 million (roughly Rs. 11 crores) for tens of thousands of customers, authorities said.

The JPMorgan attack initially prompted speculation that Russian hackers were involved, but U.S. investigators ruled out Moscow early in the case.

The criminal complaints against Lebedev and Murgio include a brief mention of Russia, alleging the two men sought to provide money laundering services to Russian criminals.