US Election Officials Worried as Hackers Break Into EVMs 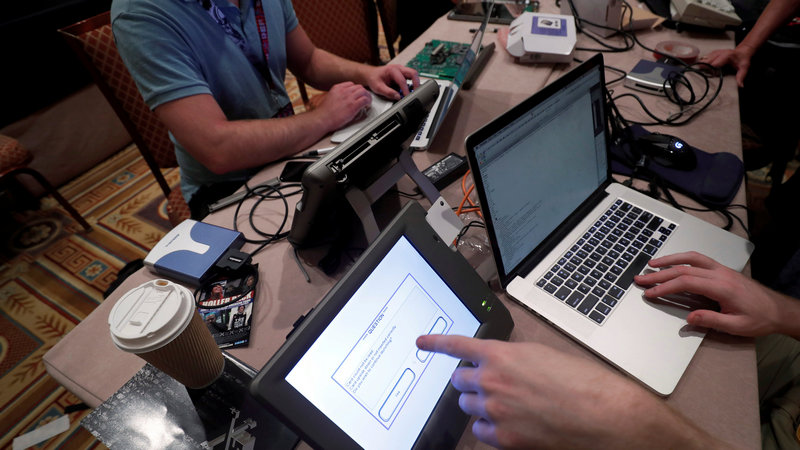 Amid the growing debate over whether electronic voting machines (EVMs) are hackable or not, elections officials in the US are worried over the increasing "information warfare" as mid-term polls loom.

According to a CNN report, at the annual Def Con hacker convention over the weekend, state and local election officials who attended the conference saw what hackers can do to voting machines.

"One hacker was essentially able to turn a voting machine into a jukebox, making it play music and display animations," said the report.

"While such hacks are a cause of concern for election officials, they are increasingly looking beyond the threats against traditional election infrastructure like voting machines and voting databases and more to the threat of disinformation," it added.

At the event, nearly 40 child hackers were able to tamper with vote tallies on the mock versions of election board websites, some even changing candidates names to things like "Bob Da Builder" and "Richard Nixon's Head".

This time, the "voting machine hacking village" at the conference featured a new set of voting machines which will be used in the 2018 mid-term elections.

An intense debate is going on in India over the security of EVMs.

As many as 17 parties, including the Congress and the Trinamool Congress, have approached the Election Commission for restoring the paper ballot system in view of their apprehensions over the integrity of the EVMs and the possibility of their manipulation.