US attorney general denies bowing to Hollywood in Megaupload case 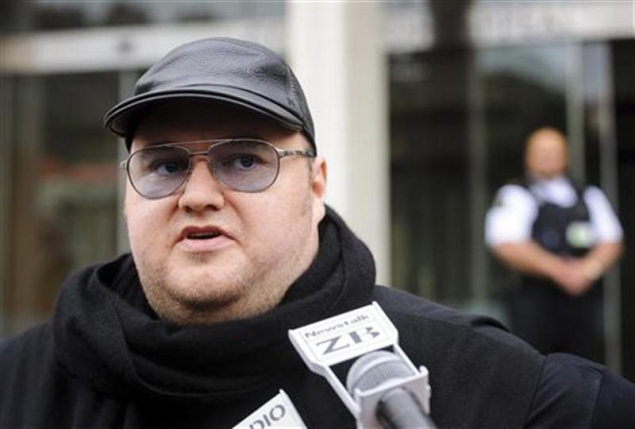 The United States' chief prosecutor has denied that its investigation into the Megaupload file-sharing site on charges of online piracy is an example of Washington bowing to Hollywood pressure.

During a visit to New Zealand, U.S. Attorney General Eric Holder also said that he saw no reason why Kim Dotcom, the founder of the defunct site who lives in New Zealand, should not be extradited to the United States to face charges of facilitating massive piracy of copyrighted music and movies.

"That's not true," Holder told Radio New Zealand, when asked to respond to Dotcom's claims that Hollywood moguls are pressuring Washington to target file-sharing sites, which can house pirated content uploaded and downloaded by individual users.

The United States began a criminal copyright case against Dotcom in January 2012. At Washington's request, New Zealand law enforcement officers conducted a dramatic raid on his mansion outside Auckland.

Attempts to have him sent to the United States for trial were delayed after a New Zealand court last year found that New Zealand used unlawful warrants in his arrest and illegally spied on him in the lead-up to the raid.

An extradition hearing is scheduled for August, although it could be delayed by further appeals. Holder said he expected Dotcom to be extradited to the United States, adding that he was happy with the level of cooperation with New Zealand authorities on the case.

"There are things which are working their way through the New Zealand court system, but we've had good communications, and I think at the end of the day, there will be an appropriate result," he said.

Dotcom and six associates face U.S. charges that they conspired to infringe copyrights, launder money and commit racketeering and fraud.

The copyright case could set a precedent for internet liability laws and, depending on its outcome, may force entertainment companies to rethink their distribution methods.

Dotcom maintains that Megaupload, which housed everything from family photos to Hollywood blockbusters, was merely a storage facility for online files, and should not be held accountable if content stored on the site was obtained illegally.

The U.S. Justice Department counters that Megaupload encouraged piracy by paying money to users who uploaded popular content and by deleting content that was not regularly downloaded.

Holder is visiting New Zealand this week for a meeting of attorneys general from the United States, New Zealand, Australia, Britain, and Canada.