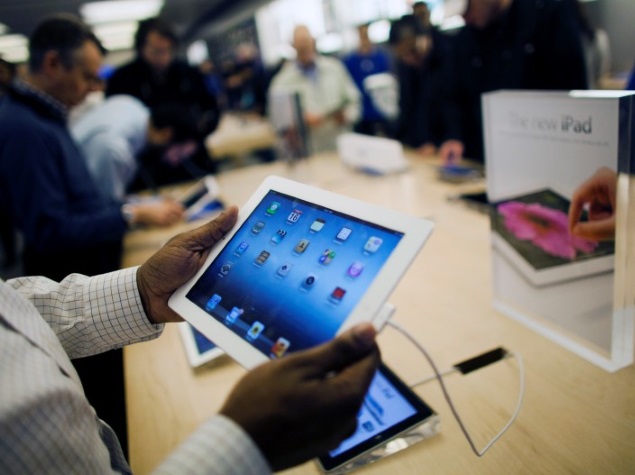 A US judge Monday expressed doubt towards the government's ebook antitrust case against Apple, saying the tech giant was challenging "predatory" pricing from rival Amazon.

The comments came as a federal appeals court panel heard arguments in the case, in which Apple was found to have colluded with publishers to raise ebook prices.

Apple argues that its entry into the ebook market fostered competition because it challenged Amazon, which had a dominant share in ebooks.

Apple claims its entry spurred additional publishers to produce ebooks, and that prices of ebooks generally fell even though it concedes that some prices rose in the short-term.

In July 2013, US District Court Judge Denise Cote sided with the government, concluding that Apple was liable for "facilitating and encouraging" a collective effort by the publishers to end price competition for ebooks.

Theodore Boutrous, an attorney with Gibson Dunn representing Apple, told the appeals court that Cote's ruling was "a roadblock that chills innovation and competition." The decision discourages new entrants into a market, "which the court has said is the essence of competition," he said.

Apple's arguments resonated with at least one member of the three-judge panel, who appeared openly hostile to the government's case.

Judge Dennis Jacobs questioned a Department of Justice attorney on the agency's hostility to Apple's challenge to Amazon, which had more than estimated 90 percent market share at the time.

"What we're talking about is a new entrant who is breaking the hold of a market by a monopolist who is maintaining its hold by what is arguably predatory pricing," Jacobs said.

Jacobs also took a swipe at the government's characterization of the conspiracy among the publishers, suggesting that prosecutors should have shown more leniency in light of Amazon's dominance, which has pushed conventional booksellers like Barnes & Noble close to bankruptcy.

"All those people who got together, it's like the mice saying they want to put a bell on the cat," the judge said.

Malcolm Stewart, the deputy Solicitor General for the US Justice Department, defended the government's case on the grounds that Apple's entry raised ebook prices for many consumers.

Stewart said the department did not believe Amazon's policies qualified as "predatory pricing," but that its standard $9.99 price on many best-sellers was "good for consumers."

Cote barred Apple and the publishers from signing the types of contracts targeted in the case. She also required Apple to accept a monitor to oversee its antitrust policies.

Finally, Cote on November 21 signed off on Apple's $450 million legal deal to compensate consumers harmed by its ebooks policies. However, the settlement is contingent on the appeals court's ruling.