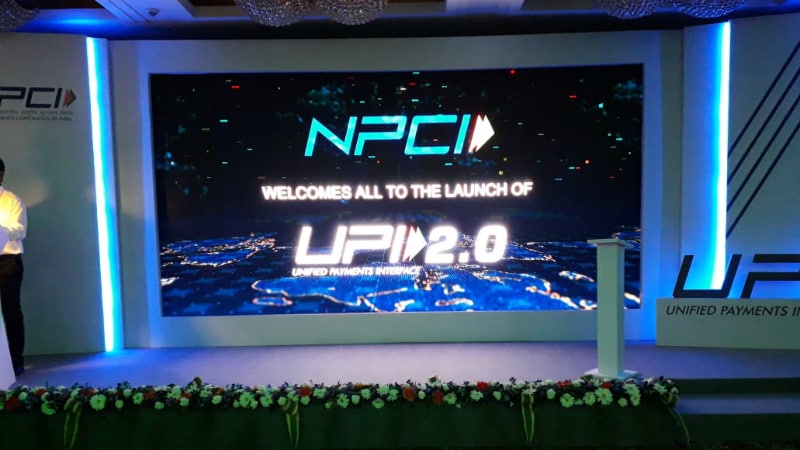 UPI 2.0 comes as the successor to UPI that was launched in April 2016.

National Payments Corporation of India (NPCI) on Thursday launched UPI 2.0 in Mumbai as an upgrade to the first iteration of Unified Payments Interface (UPI) that debuted in April 2016. The new UPI version has features such as UPI Mandate and Invoice in the Inbox. There are also new security enhancements including Signed Intent and QR that are designed to let customers verify merchants before making any payments. Further, there is an option to attach UPI to an overdraft (OD) account. This comes in addition to the existing saving and current account support. Banks that are on board for UPI 2.0 include State Bank of India (SBI), HDFC Bank, Axis Bank, ICICI Bank, IDBI Bank, RBL Bank, Yes Bank, Kotak Mahindra Bank, IndusInd Bank, Federal Bank, and HSBC.

UPI 2.0 also brings a UPI Mandate feature that allows customers to pre-authorise a transaction that will be debited at a later date. There is also a one-time block functionality. The feature essentially accrues payments for services and products that take some time to reach customers. It, however, ensures merchants that the money will be transferred upon the receipt of the given service or product. The feature could be helpful when you're booking a cab where you need to make the payment after reaching at your destination. Likewise, it helps you securely buy a product from an online marketplace and make its payment upon delivery.

In addition, UPI 2.0 has an Invoice in the Inbox feature that lets you verify the invoice or attachment before authorising the payment via the link received in the collect or intent message by the merchant. This helps customers view and verify their credentials and check whether the payment details are accurate. Moreover, customers can pay after verifying the invoice.

UPI 2.0 also brings a Signed Intent and QR feature that lets customers verify merchants while scanning their QR code. NPCI claims that the feature only lets the UPI system make the payment after confirming the authenticity of the merchants. Otherwise, the feature is touted to notify customers with an alert.

At the launch in Mumbai, Nandan Nilekani, Advisor - Innovation, NPCI, highlighted that UPI 2.0 has laid down the rails for innovative payment solutions to be provided by banks, and since the systems were standardised and based on open source, they were efficient as well.