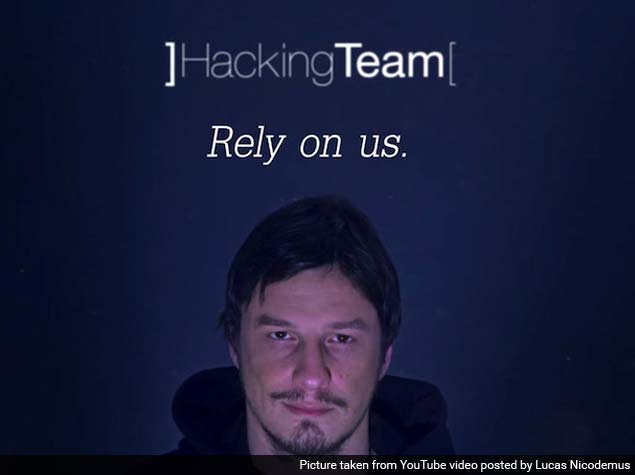 India's top intelligence agencies and the previous Congress-led government were among the clients of a controversial Italian company that sells software across the world that can spy on phones of all sorts and desktops, according to hacked emails that were released this week and are now available on WikiLeaks.

Hacking Team says it's a maker of lawful interception software used by police and intelligence services across the world. But international media reports say the Milan-based firm sold snooping tools, some of which could be pre-loaded onto BlackBerry, Android, and Apple phones. The company sold its technology to Russia, Saudi Arabia, and other governments with poor human rights records. Gizmodo Hacking Team as "one of the dirtiest tech companies ever".

The leaked emails purportedly show Hacking Team executives traveled to India where they allegedly organised demos on how phones could be infected and more for the Indian government and agencies like the Intelligence Bureau and RAW. The Italian company allegedly partnered often with Israel firm NICE for its Indian deals. While some emails refer to the government as a customer, others talk just of "the client". (NDTV cannot verify the authenticity of these emails and we are waiting for comment from concerned officials).

Intelligence officials contacted by NDTV said they "keep looking for capabilities to monitor emails and computers that are in use by suspected terrorists." They said surveillance software is especially crucial given the online recruitment by terror groups like IS and evidence that Indian Mujahideen has been caught online passing instructions for terror attacks. P Chidambaram, the UPA's Home Minister, told NDTV he could not recall the Intelligence Bureau or the National Investigation Agency (NIA) trying to acquire the sort of technology discussed in the emails. "Nothing of this nature came to me," he said.

But the leaked emails seem to suggest demos for a wider use of collecting information from cellphones - an email from last month talks of the Andhra Pradesh Police looking for this sort of software.

In February last year, Hacking executives talk of a webinar which will include India's top intelligence and counter-terrorism agencies RAW, NIA, and the Intelligence Bureau.

In August 2011, executives at NICE and Hacking discuss "opportunities" for CABSEC (cabinet secretariat) which they describe as "an intelligence organisation directly under the Prime Minister's Office" (they are referring to the intel wing of the Cabinet Secretariat) The email says "they are already a customers (sic)of us (for other solutions...)."

Emails in 2010 reveal the Indian embassy in Italy asking Hacking execs to present demos in Delhi to the government about "the remote control system V6 spyware."

As recently as last month, one of the top executives at a consulting firm based in Hyderabad contacted Hacking Team to seek a proposal for the Andhra Pradesh police which allegedly wanted "cellular interception hardware". A quote of 1 million dollars was made to the consulting firm by Hacking Team.

One email refers to an unnamed Indian client wanting the language in documents to be changed "...as they do not want to show they have purchased an offensive solution. For such reason they would like to use softer words for example changing 'targets' with the word 'devices' and things as that." The email circulated among Hacking Italy executives says "We are talking of a quiet (sic) significant amount, so hopefully we can be flexible."