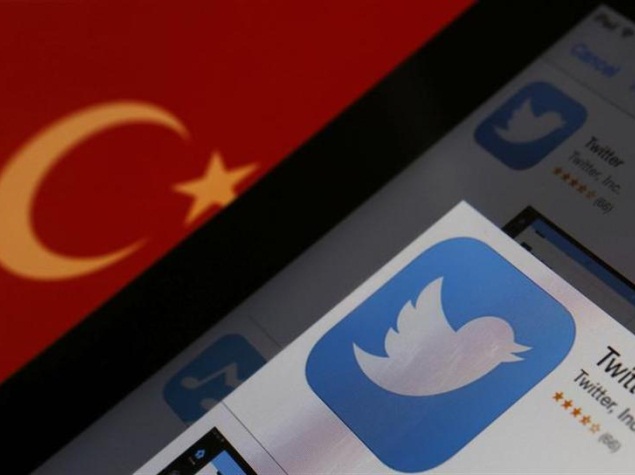 Access to Twitter was blocked on March 21 in the run-up to local elections last Sunday to stem a stream of leaked wiretapped recordings of senior officials that had appeared on the site, prompting Prime Minister Tayyip Erdogan to say he would "root out" the network.

Turkey's Official Gazette on Thursday morning published the Constitutional Court's ruling from Wednesday, further piling pressure on the telecoms authorities to lift the ban, which had faced widespread international condemnation.

"The ban has been lifted" the official from Erdogan's office told Reuters by telephone minutes after TIB removed court orders blocking the site from its webpage.

Following the court's decision, President Abdullah Gul, who has opposed the bans, was quoted as saying both websites should be made available in Turkey once more. San Francisco-based Twitter said in a tweet that it welcomed the ruling.

Within minutes of the ban being lifted, the micro-blogging site was flooded with messages, with one user saying "Welcome back to Twitter, Turkey."

Other users inside the country complained that they were still unable to access the site.

(Also see: Twitter ban in Turkey raises fears of crack down on other social media)

Work-arounds
The lifing of the ban means that the TIB will instruct Turkey's internet providers to unblock access to the site, a process likely to take several hours.

Erdogan's critics saw the ban as the latest in a series of authoritarian measures to crush a corruption scandal that had grown into one of the biggest challenges of his 11-year rule.

Tech-savvy Turks quickly found workarounds, with Internet analysts reporting a surge in tweets since the ban was imposed, but the issue has become a tug-of-war between Erdogan's administration and the microblogging site.

The U.S. State Department had responded to the court ruling by urging Ankara to respect the decision and end the blockage.

Erdogan has repeatedly dismissed the leaked tapes - which point to wrongdoing by officials and members of his inner circle - as fabrication, and part of a political plot against him.

His Islamist-rooted AK Party emerged far ahead of rival parties in municipal elections on Sunday that had become a referendum on his rule.

US secretly built 'Cuban Twitter' to stir unrest
Universal Windows apps for PCs, phones and tablets: What are they?