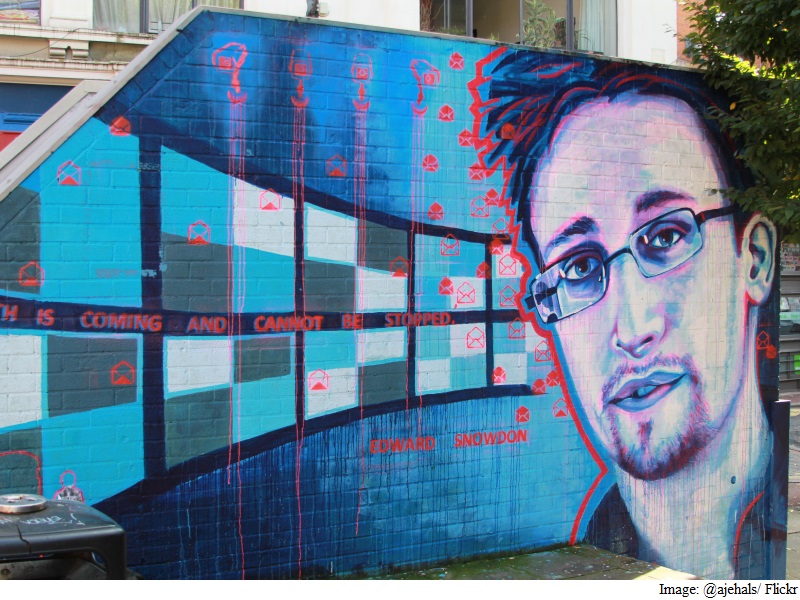 Internet traffic to Wikipedia pages summarizing knowledge about terror groups and their tools plunged nearly 30 percent after revelations of widespread Web monitoring by the US National Security Agency, suggesting that concerns about government snooping are hurting the ordinary pursuit of information.

A forthcoming paper in the Berkeley Technology Law Journal analyzes the fall in traffic, arguing that it provides the most direct evidence to date of a so-called "chilling effect," or negative impact on legal conduct, from the intelligence practices disclosed by fugitive former NSA contractor Edward Snowden.

Author Jonathon Penney, a fellow at the University of Toronto's interdisciplinary Citizen Lab, examined monthly views of Wikipedia articles on 48 topics identified by the US Department of Homeland Security as subjects that they track on social media, including Al Qaeda, dirty bombs and jihad.

In the 16 months prior to the first major Snowden stories in June 2013, the articles drew a variable but an increasing audience, with a low point of about 2.2 million per month rising to 3.0 million just before disclosures of the NSA's Internet spying programs. Views of the sensitive pages rapidly fell back to 2.2 million a month in the next two months and later dipped under 2.0 million before stabilizing below 2.5 million 14 months later, Penney found.

The traffic dropped even more to topics that survey respondents deemed especially privacy-sensitive. Viewership of a presumably "safer" group of articles about US government security forces decreased much less in the same period.

Penney's results, subjected to peer-review, offer a deeper dive into an issue investigated by previous researchers, including some who found a 5.0 percent drop in Google searches for sensitive terms immediately after June 2013. Other surveys have found sharply increased use of privacy-protecting Web browsers and communications tools.

Penney's work may provide fodder for technology companies and others arguing for greater restraint and disclosure about intelligence-gathering. Chilling effects are notoriously difficult to document and so have limited impact on laws and court rulings.

More immediately, the research could aid a lawsuit filed by the American Civil Liberties Union on behalf of Wikipedia's nonprofit parent organization and other groups against the NSA and the Justice Department.