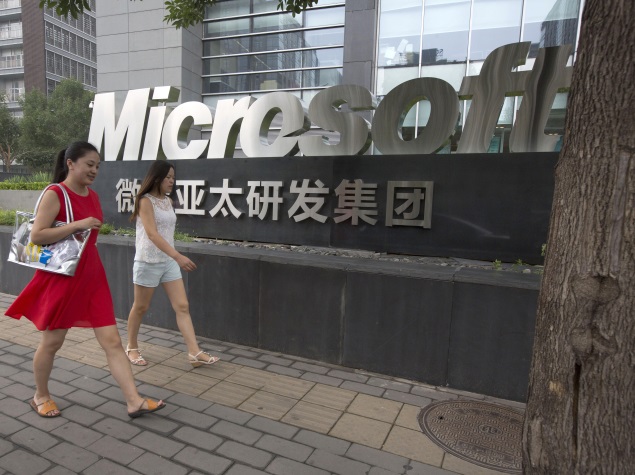 A top executive of Microsoft China is set to join the rival Chinese search engine Baidu amid anti-monopoly probe by the authorities against the American multinational.

He would report directly to Robin Li Yanhong, the co-founder, chairman and chief executive of Baidu.

Zhang helped the firm establish its biggest technology research operation outside the US. He currently serves as a corporate vice-president and the chairman of Microsoft Asia-Pacific Research and Development Group, headquartered here.

Zhang's resignation from Microsoft was expected to be announced by the company this week, it said.

The "defection" comes amid the anti-trust trust investigations launched by the Chinese regulators who early this month had given 20 days to explain the allegations.

Microsoft CEO Satya Nadella is expected to visit China in the coming days to take stock of the situation.

For Baidu, hiring the distinguished scientist will likely give the company a greater profile in technological innovation as competition intensifies against mainland rivals Alibaba, the world's biggest e-commerce services provider, and Tencent, Asia's largest-listed Internet company, the report said.

Zhang's departure could mark a big blow to Microsoft's operations on the mainland in the face of the investigations.

His decision to leave Microsoft reportedly was made before the anti-monopoly probe was launched, it said.

He has been Microsoft's go-to guy when there are changes in senior management at the company's Greater China operations, which includes Hong Kong and Taiwan.

The State Administration for Industry and Commerce, one of China's three anti-monopoly regulators, said last month that Microsoft had been suspected of violating anti-trust law since June last year in relation to problems with compatibility, bundling and document authentication for its Windows operating system and Microsoft Office software.