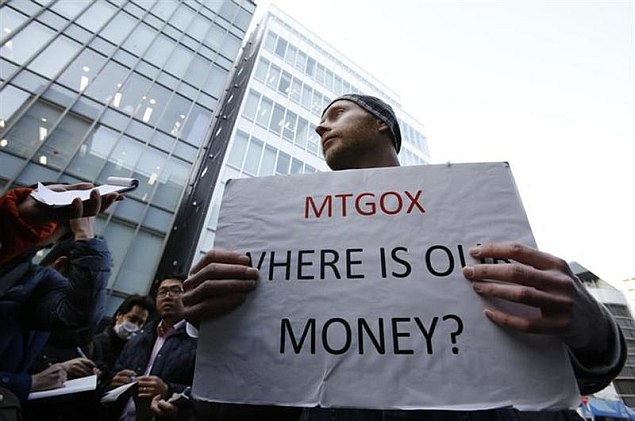 Two months before Mt. Gox filed for bankruptcy it was sued by a customerseeking the return of funds in a case that highlights some of the red flagsraised in the run-up to the collapse of what was once the world's biggest Bitcoinexchange.

New York resident Marko Simovic filed a civil action at the Tokyo DistrictCourt on December 24, seeking to recover $105,000 he had on deposit at Mt. Goxand about $14,000 in interest, court filings show.

Simovic, who described himself as a software developer who previouslymanaged the Bitcoin operations for a hedge fund, said Mt. Gox dodged repeatedrequests to withdraw funds from his account, which as of July 1 was creditedwith $935,000 in cash. Simovic could not be reached for comment.

Mt. Gox refuted Simovic's claims in a brief filed by law firm Baker &McKenzie. It said Simovic didn't comply with online procedures, and citedwithdrawal limits that would have required two months for him to draw down hisaccount. That rebuttal was submitted to the court three weeks before Mt. Goxfiled for bankruptcy protection on February 28, saying it had lost Bitcoins andcash worth more than half a billion dollars to hackers.

The lawsuit was cited in a U.S. bankruptcy filing earlier this week, whichis related to the company's Tokyo bankruptcy proceedings.

Simovic said at the time he was worried that Mt. Gox could go bankrupt anddecided on an exit strategy: he converted his cash into Bitcoin, which he thensold on Bitstamp, a rival exchange. He managed to recoup $833,000, leaving therest in his Mt. Gox account, according to the lawsuit.

"Rather than leave my money at Mt. Gox as required by their expensive,extremely slow and uncertain withdrawal procedure, I decided to move the fundsas soon as possible," Simovic wrote in a brief that was part of the courtfile and dated December 18. "This was the only way I could get my moneyback quickly. Moreover, I was concerned there might be a run on Mt. Gox."

The suit also shows that Simovic raised questions about whether Mt. Gox wascomplying with Japanese laws.

In a court filing, Mt. Gox said it had checked with Japan's FinancialServices Agency (FSA) and there was no need for it to register with the bankingregulator. No one could be reached at Mt. Gox or Baker & McKenzie forcomment. The FSA declined to say whether it had spoken to Mt. Gox.

Mt. Gox's collapse has brought into focus the question of how to regulatecrypto currencies. Japan is still struggling to craft a response. Last week,the government said Bitcoin was not legal tender, but might be taxable andsubject to money-laundering controls.