The Interview a Global Smash Hit on Torrent Sites: Report 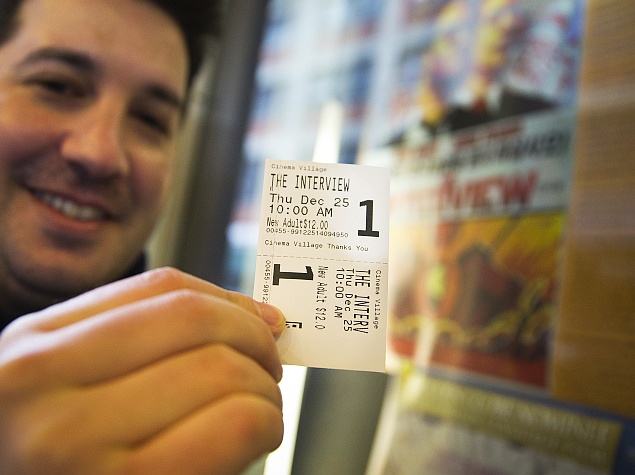 The Interview movie, which was released online for viewers in the US on Christmas Day, is reportedly a smash hit on torrent sites and has been downloaded several hundreds of thousands of times worldwide. Notably, the movie is said to have been uploaded on torrent sites within one hour of its first streaming.

The report added that torrents of the controversial movie were downloaded around 200,000 times worldwide in the first 10 hours, shooting up to 750,000 downloads after 20 hours.

It is worth noting that The Interview is officially limited to the US region via YouTube, Google Play, Xbox Video and Sony's seetheinterview.com site. It is priced at $5.99 (roughly Rs. 370) to rent or $14.99 (roughly Rs. 940) to buy, Sony Pictures said on Wednesday, a day after agreeing to release it at some 200 independent theatres. No cable or satellite TV operator has yet agreed to make "The Interview" available through video on demand (VOD).

"Just signed up to say Thanks, since it was not released outside of US when it should be all at the same time. Will now be finally able to watch this," commented one of the user who downloaded The Interview movie on a torrent website.

Sony Pictures made the controversial film available online on Wednesday, expanding distribution of a comedy that triggered a destructive cyber-attack against the company that has been blamed on North Korea. The studio reversed its decision to halt the movie's release after it was criticized for self-censorship.