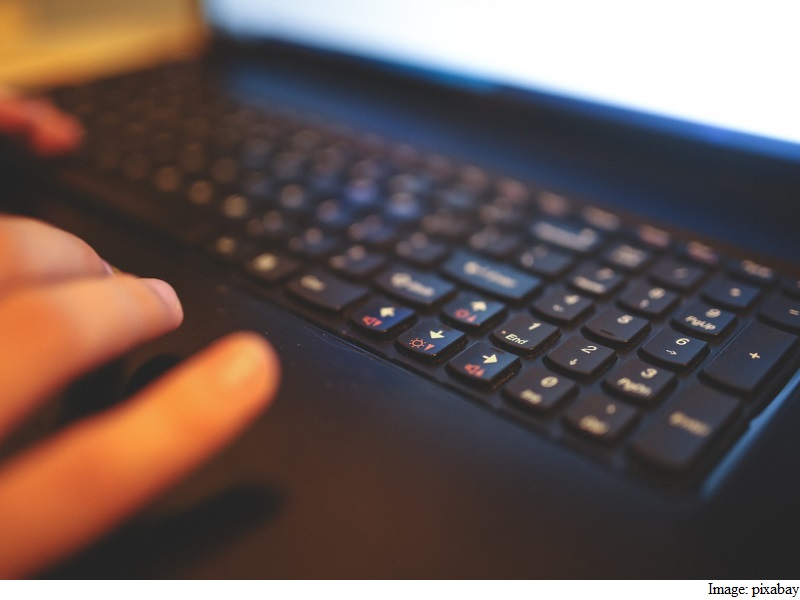 You have probably never heard of the LittleThings.com - and Little Things is really proud of that. They've only been around 15 months, too short a time to be a household name just yet. And still, somehow, this unremarkable, freshly dug well of "inspiring, uplifting, and engaging content" pulls in something like 1.7 million unique visitors a day.

In fact, on January 21, the web analytics firm SimilarWeb declared it the fastest-growing news site of 2015. It started the year ranked 6.7 millionth of all sites in the "news and media" category; it's now, between Vox and Salon, No. 9.

How has Little Things done it? It's not magic or brilliance pumping those numbers up. Nope, Little Things - like Upworthy and Viral Nova and all their other identical ilk - rely on moms, the not-so-secret weapons conquering the viral Internet.

"All of our writers have sources, of course," Little Things's content director, Maia McCann, said with a sigh like the verbal equivalent of a shrug. "But I always tell writers to go on Facebook and, you know -- look at their moms."

McCann's writers are not the only ones following this directive. At Viral Nova, the content farm that sold last July for $100 million (roughly Rs. 677 crores), founder Scott DeLong coaches his writers to think like "40- or 45-year-old women." At Upworthy, a site that over the summer promised to incorporate more demographic data into its story selection process, the audience skews both female and 40+.

A survey of the top viral content mills shows, in fact, that all lean older, and heavily female. You've heard, perhaps, that millennials created this vapid virtual cesspool of feel-good "virality." But it's not millennials: It's their mothers.

If you ask Neetzan Zimmerman, a sort of one-man, proto-Viral Nova who defined the viral news genre in the early days, he'll tell you that the momification of the Internet is something we should have seen coming a long way away. For one thing, moms own Facebook, statistically speaking, and Facebook owns the viral news industry. ("Facebook was obviously always going to be co-opted by moms," Zimmerman said. "It's all about gossip, baby photos, schmaltzy stuff -- it's so mom already.") On top of that, marketers and advertisers adore mothers, the people responsible for most household spending.

Moms are the motherlode, so to speak.

"I don't think we targeted this demographic on purpose," hedged McCann, Little Things's content director. "But ... (middle-aged women) are really desirable, because they're the most likely to share on Facebook. And obviously, to a viral site, that's the most important thing."

Why, exactly, are our mothers propagating this omg-you-won't-believe-it drivel about dogs and public proposals and babies? Half of it is showing up, it would seem: According to eMarketer, there are just a lot of women older than 45 on Facebook. The site skews female anyway, and the general greying of Facebook's user base means that a third of all users are now well into middle-age.

On top of that, there seems to be something unique about how women, and particularly mothers, use Facebook - something rooted in the fundamental, gendered communication styles we're taught since birth. Studies -- and, perhaps, your own listless scrolling through other people's baby pictures - suggest that ladies rely on the network to support relationships in a way that men simply don't. They have more friends than men do, and they comment far more on their friends' posts.

Given all that, it kind of makes sense that moms are both "more clicky" and more eager to share, in the words of Viral Nova CEO Sean Beckner: To them, Facebook represents a highly intimate social club, a place to share pictures of your kids and requests for health advice and that video of a puppy sleeping with a baby that almost made you cry.

"(It) comes back to some basic tenets of what we know about the type of content that goes viral," said Liam Corcoran, a spokesman for the viral analytics service NewsWhip. The stories getting churned out by Viral Nova and Little Things, he explains, are "very relatable for the people sharing, and are often also emotive. It's a one-two combo."

"Memes are dead," pronounced Zimmerman, a point reinforced by the 2015 dissolution of his former blog, The Daily What, and the departure of the Internet's original meme-maker, Cheezburger CEO Ben Huh. Neither site, arguably, was able to cater to the whims of the mainstream Internet's new tastemakers: middle-aged, middle America mothers.

Little Things, on the other hand, has cornered this market brilliantly. Surfing the site's homepage almost defeats the purpose - most readers will, after all, reach the site via links in their Facebook feeds. But should you find yourself in this blindingly sunny corner of the Internet, you may be reminded, dimly, of the magazine rack at a suburban doctor's office: cheerful, slightly out of date, and chock-full of cheesy as-told-tos and bland homemaking tips. Today's top stories, as far as I can tell, are a tearjerker video of a flash-mob proposal and a recipe for "Healthy And Delicious Peanut Butter Banana Sushi."

Many of the site's young writers - it has a total staff of more than 40 - studied acting at NYU's Tisch School of the Arts. McCann credits that background for their "flexibility;" read, their ability to imagine, as 24-year-old urbanites, what a 35-year-old mother-of-two from outside Cleveland would read.

The moms, incidentally, have kept McCann's trained actors on their toes. Where once mothers would propagate anything with a baby or a well-behaved pit bull, they've been on Facebook for a few years now: They want to see something more original.

"You can't just be cute for the sake of cute anymore," McCann said. "It's all about heartwarming, inspirational stories. A video of a bunny eating a raspberry won't do well."

Zimmerman puts this shift more cynically: So many "cute factories" compete for moms' attention now, he said, that each has to make its content seem more appealing by appending some faux "meaning" to it. Take McCann's latest editorial endeavor: She's trying to partner with nonprofits that reunite dogs and soldiers returning from overseas. Pets + veterans = ideal mom-bait -- which means you should expect to see this genre soon in your News Feed.

My mother doesn't use Facebook or any other social network, incidentally; my dad is friends with all her relatives, so she just logs into his account when she wants to see pictures of our cousins' babies. ("Everyone knew Kristina was pregnant from Facebook," she griped to me recently. "Apparently, that's how people find out everything!")

As I worked on this column, I thought about calling and asking her if she ever logs into my dad's account to check the other kinds of things people post: the "mind-blowing" rescue stories, the cute kid videos, the Little Things piece about a Texas waitress recently shared by our cousin MaryRose.

On second thought, though, she doesn't need Facebook: She has "Ellen" and "GMA" and "Today." And in a striking illustration of what the viral Internet's become, they all basically speak the same language now.