The Arctic may soon get high-speed broadband 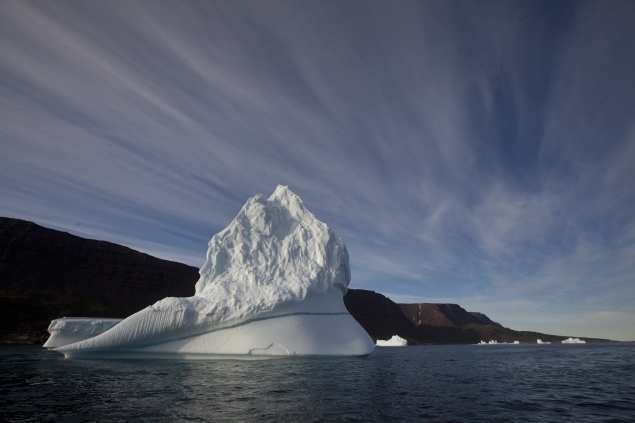 Norway may provide high-speed Internet in one of the few places on Earth where it's not available: the Arctic.

The Norwegian Space Center has teamed up with Telenor Satellite Broadcasting to assess the feasibility of a new satellite system covering northern areas outside the reach of current geostationary communications satellites.

Space center director Bo Andersen on Thursday told The Associated Press the system could be in place in the early 2020s if it gets the necessary funding from private and public sources. The estimated cost is 2 billion-4 billion kroner ($330 million-$650 million).

Demand for high-speed Internet in the Arctic is expected to grow as shipping, fishing and oil companies move north amid warming temperatures and melting ice. Last year, summer sea ice cover in the Arctic fell to the lowest extent on record.

Geostationary satellites, which are in orbit over the equator, provide coverage up to 75 degrees north, Andersen said. But above that latitude, the signals become too weak, and the only option is another satellite network that can only handle voice and limited data service.

"We see very clearly that there is an increasing need for broadband in the high Arctic," Andersen said.

Ola Anders Skauby, a spokesman for Norwegian energy company Statoil, said "new satellite solutions would be beneficial" as the offshore industry moves north in search of oil and gas.

"Our plans for the Arctic depend on a number of issues: safe operations, logistics, weather conditions and more," he said. "Broadband coverage is part of this picture and for operations in some regions further north than where current operations are taking place development of new solutions for high-capacity broadband will be needed."

Canada's space agency has been studying a similar system. Spokeswoman Melanie Beauchesne said the agency has completed feasibility studies but is still talking with potential public and private partners in Canada and abroad "to determine their level of interest and potential collaboration scenario to bring about the future realization of this mission."

Swipe MTV Slash tablet now available for Rs. 9,490
HP acknowledges the presence of a 'backdoor' in its storage products