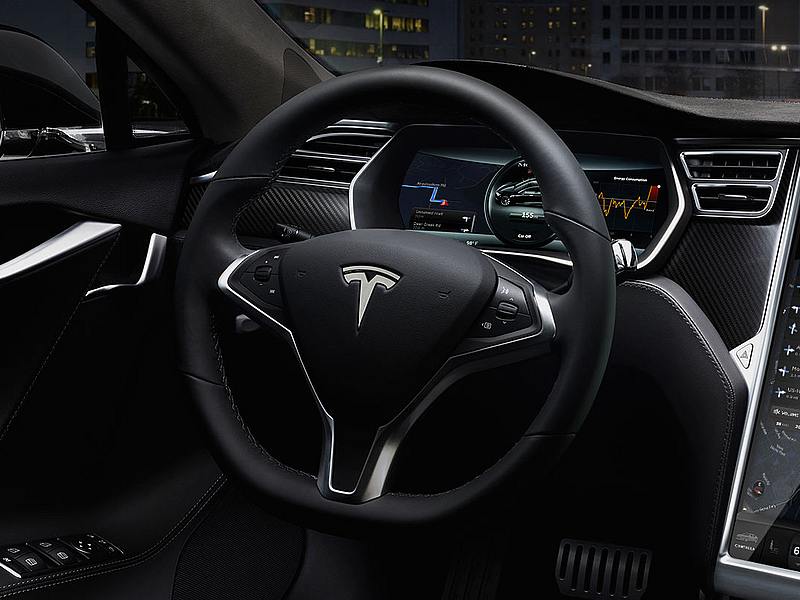 Hackers swarmed a Tesla sedan in a 'hacking village' at the infamous Def Con conference on Saturday as the high-tech electric car maker recruited talent to protect against cyber-attacks.

It was the second year in a row the California-based company was at the world's largest gathering of hackers in Las Vegas, and came on the heels of a massive recall of Fiat Chrysler Automobiles vehicles to patch a flaw that could let them be remotely commandeered.

"Hackers are a crowd that is really important to us," Tesla's Khobi Brooklyn told AFP while Def Con attendees took turns inside a black Model S sedan parked inside a casino convention area.

"It is a community that we want to be part of, and collaborate with, as well as recruit from."

Tesla recruiters were on hand, along with members of the California-based company's security team.

Tesla cars are highly computerized. New features as well as software updates are pushed out to vehicles over wireless Internet connections.

"They are not messing with our software," Brooklyn said with only a hint of hesitation.

She knew of no cyber-attacks aimed at Tesla cars, at Def Con or anywhere else.

Tesla has worked with Lookout Mobile Security to find and patch software vulnerabilities in sedans, according to Brooklyn.

Data centers on wheels
Lookout co-founder and chief technology officer Kevin Mahaffey and Marc Rogers of CloudFlare online security firm took part in a Def Con presentation on Tesla software defense flaws that were discovered and then shared with the company.

They referred to Tesla sedans as data centers on wheels, and urged great care when trying to hack vehicles that could be racing along at 100 mph (160 km) or so.

"As cars become more connected, we need to think about them a lot more like smartphones where you are constantly testing and improving products to make they as secure as you can," Brooklyn said.

Fiat Chrysler Automobiles issued a safety recall for 1.4 million US cars and trucks last month after hackers demonstrated that they could remotely control their systems while they are in operation.

The recall came after cyber-security experts Charlie Miller and Chris Valasek remotely commandeered a Jeep Cherokee, made by Chrysler, to demonstrate the vulnerability of the vehicles' electronic systems.

Miller and Valasek presented details of the hack at a Def Con session on Saturday.

The recall involves a broad range of Dodge, Jeep, Ram and Chrysler cars and trucks produced between 2013 and 2015 that have radios vulnerable to hacking.