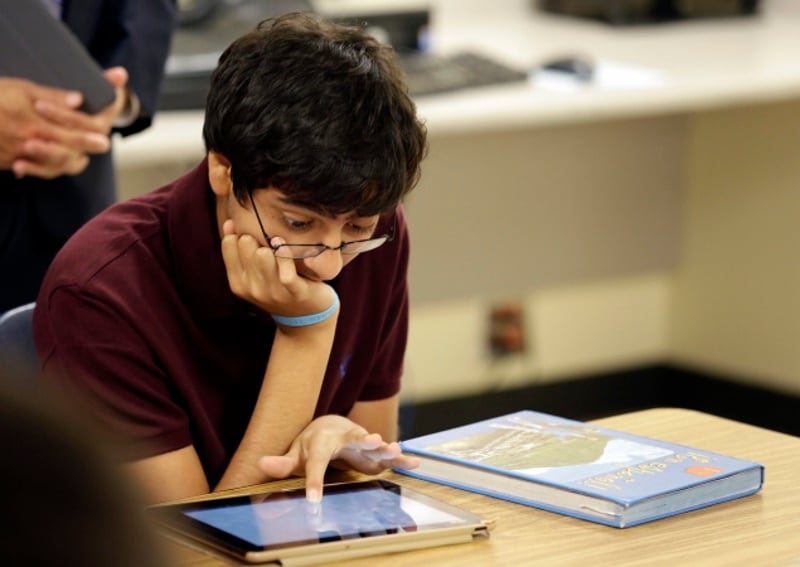 In yet another people-friendly initiative, the ruling AIADMK government Friday issued orders to set up 'Amma Free Wi-Fi' zones in 50 places across the state.

Similarly, higher secondary school and college students would also be given free access to internet as per the poll promise, it said.

In the first phase, 50 schools will be covered at a cost of Rs. 10 crores. Jayalalithaa is fondly called 'Amma' (Mother) by her cadres.

Meanwhile, Jayalalithaa has issued orders to construct an integrated IT complex, spread across two lakh square feet at the Electronic Corporation of Tamil Nadu Special Economic Zone in Sholinganallur at a cost of Rs. 80 crores, another release said.

The proposal to construct the complex was against the backdrop of exports from the Special Economic Zone constituting 25 percent, valued at Rs. 16,536 crores, it said.

For customers who opt to make use of government services through mobile applications, the release said, a new scheme, Assured Multi-Modal Access, would be launched offering the services of government department in mobile phones.

"Initially, 25 government schemes will be launched through this facility at a cost of Rs. one crores," it added.

Noting that the offices of Tamil Nadu e-governance agency and the Tamil Nadu Arasu Cable TV Corporation were operating in rented premises, the release said new buildings at a cost of Rs five crore would be constructed to house the government offices.