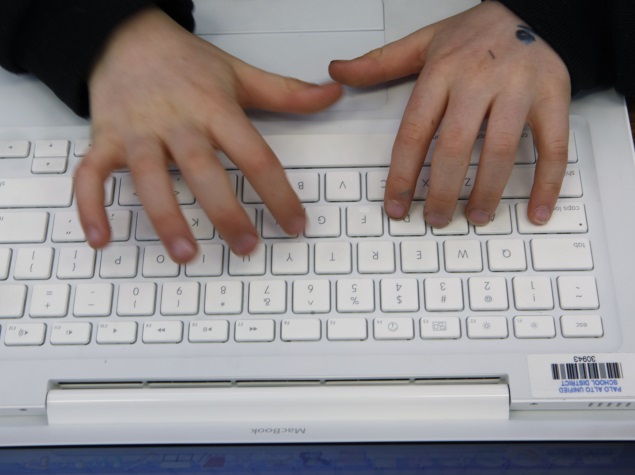 Software security and storage provider Symantec is moving ahead with its plans to split into two publicly traded companies by January, a move that it views as more tax-efficient than a sale of one of its units, top executives said this week.

"That's the plan, to spin it," Chief Executive Michael Brown said in an interview. "For shareholders, it's tax free, which is a huge advantage for them."

Reuters reported last week that Symantec had been exploring a sale of its Veritas information management and storage unit or of the whole company. But interest from potential buyers has been limited because of a tax burden associated with splitting the company.

The company is planning to start trading as two companies by Jan 4, 2016.

Symantec will separate its business focused on corporate and consumer security software, which had $4.2 billion in revenue last year, from Veritas, which is smaller, with about $2.5 billion in revenue. It first announced the tax-free spinoff last October.

The Reuters report said Symantec had been looking into a sale of Veritas for several months and had approached NetApp Inc, EMC Corp and several private equity firms to gauge their interest.

Shareholders have been pushing for a break-up with Veritas, which Symantec acquired in 2004 for $13.5 billion, for many years, Chief Financial Officer Thomas Siefert said.

"It didn't surprise them, it was a 'finally' type of statement," he said, referring to shareholders' reaction to the spinoff.

Brown, who took over as Symantec CEO in 2014 after joining the company as a Veritas board member in 2004, will remain in his role. Veritas will later search internally and externally for a new CEO.

Symantec on Friday revealed its financial targets for the two companies for the first time.

In fiscal year 2016, which started April 4, Symantec said revenue will be flat to up 2 percent with EPS growth between $1.80 and $1.90 per share. Veritas' adjusted revenue will be up 4 to 7 percent.