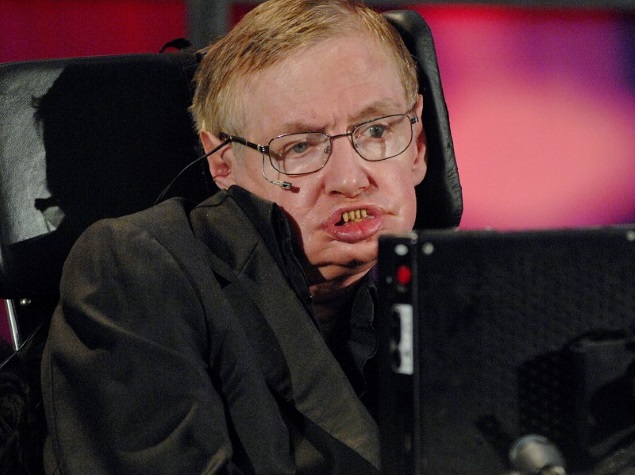 If you have questions in your mind regarding alien life or dark matter, then you have a golden chance to ask theoretical physicist, cosmologist and author Stephen Hawking on the social networking site Reddit.

Dark matter is a hypothetical kind of matter that cannot be seen with telescopes but would account for most of the matter in the universe.

The renowned physicist will address the issue of artificial intelligence and other topics at his first Reddit AMA (Ask Me Anything) forum, web portal CNET reported.

Typically, a Reddit AMA is live as people throw questions at the person and he or she tries to respond as best as possible. But the format for Hawking will differ from the usual pattern.

For Hawking's AMA, users will have to pose the questions ahead of time, and he will answer them over the following weeks.

Specifically, you can submit your questions from July 27 (starts 5:30pm IST) to August 4, at reddit.com/r/science and Hawking will respond over the next few weeks.

Hawking, who suffers from amyotrophic lateral sclerosis (ALS), uses a computer to communicate. So the delayed format will allow him the time necessary to answer questions.

The topic uppermost on Hawking's mind and the one he wants to discuss is artificial intelligence, specifically how mankind needs to ensure that it doesn't get out of hand.

The pitfalls of artificial intelligence if we allow it to expand beyond our control has been one of key concern to the physicist.

"One can imagine such technology outsmarting financial markets, out-inventing human researchers, out-manipulating human leaders, and developing weapons we cannot even understand," Hawking observed in an article published in May for The Independent.

Hawking and Russian technology entrepreneur Yuri Milner have recently launched the biggest scientific push in the search for alien life.

The $100-billion project "Breakthrough Initiatives" will use crowdsourcing to make contact with an alien civilisation.

For Ransom, Bitcoin Replaces The Bag Of Bills
New Study Looks to Find How Terror Messages Spread on Social Media